A Nomenclature of Colours, Applicable to the Arts and Natural Sciences, to Manufactures and Other Purposes of General Utility

The inscription on the inside cover of Hay’s A Nomenclature of Colours (1846) reads “To Professor Forbes, respectfully presented by the author”. The recipient, Professor James David Forbes (1809–1868), was a key figure in Scotland’s scientific community. Growing up in the culturally and intellectually fertile Edinburgh of the early nineteenth century, Forbes became a professor of Natural Philosophy at the University of Edinburgh in 1833, before taking up the position of principal of the United College of St Andrews in 1859.

When Forbes made the move from Edinburgh to St Andrews, his books came with him. Although his professional interests were focussed on geology and thermal physics, Forbes’ bibliographical interests were far broader. Throughout his career he amassed an enviable collection of books, including many of the colour-related publications in the collection of the University of St Andrews.

This aesthetic treat, created by Edinburgh-based interior decorator and colourist David Ramsay Hay, is among them. Hay is probably best known for creating the decorative scheme for Walter Scott’s residence at Abbotsford, as well as for Queen Victoria at Holyroodhouse. This illustrious experience and his intimate knowledge of the harmonies and interplay of colours provided rich subject matter for a series of vividly-coloured publications, including his Nomenclature of Colours (2nd edition 1846).

Unusually, the binding of Hay’s Nomenclature of Colours allows for a double-reading – the pages containing the book’s text are bound separately from its plates, allowing the reader to consult Hay’s theory while flicking through the myriad triangular colour combinations. The text itself contains chapters on the primary, secondary and tertiary colours; their proportions and mixtures; the names of colours; and an appendix entitled “Observations upon the scientific theories of light and colour”.  The titles of the plates, listed in the contents, reflect the logic of tri-colour theory and the nuances of chromatic language, as in the distinction between “Tints of red and shades of green” and “Tints of green and shades of red”. 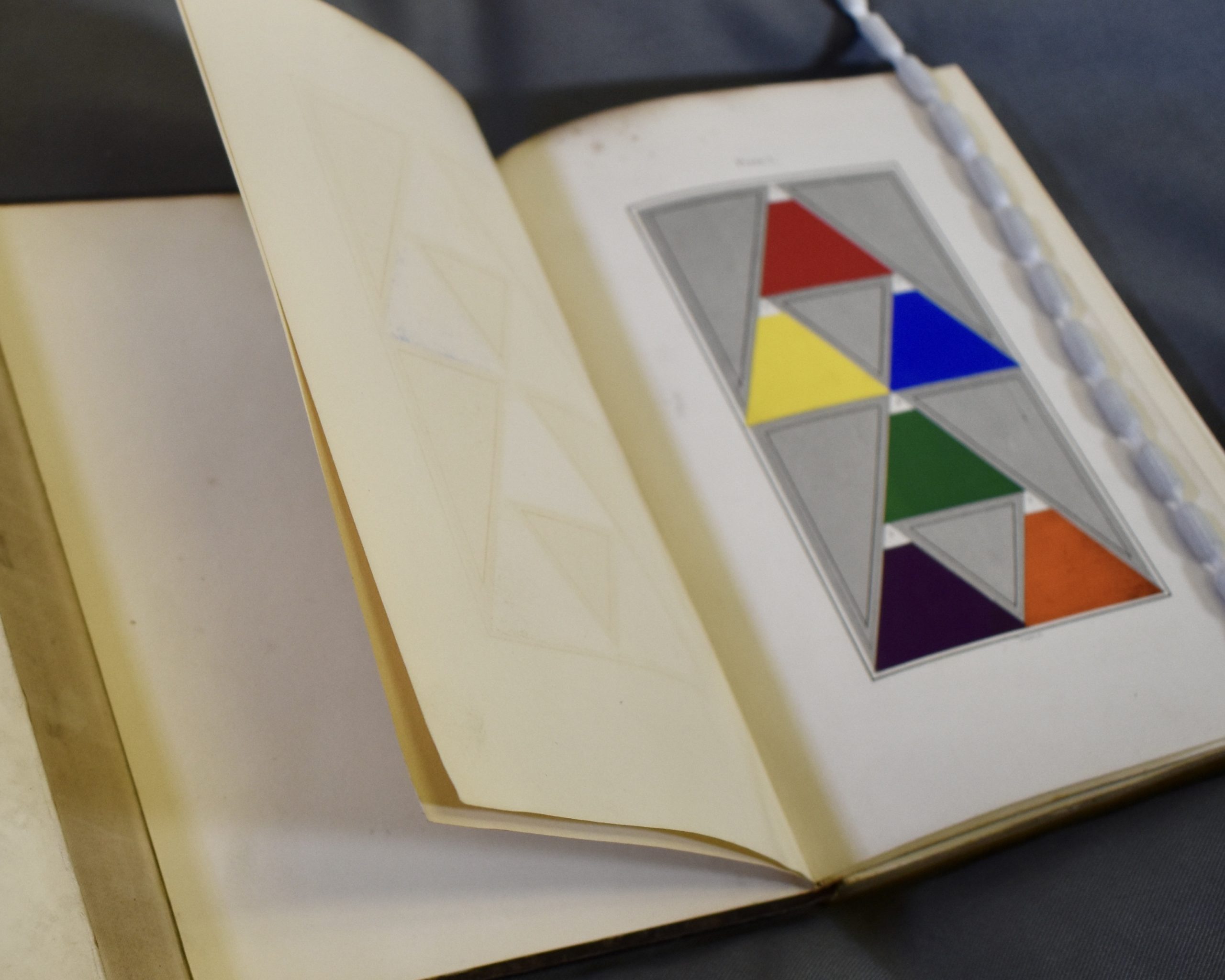 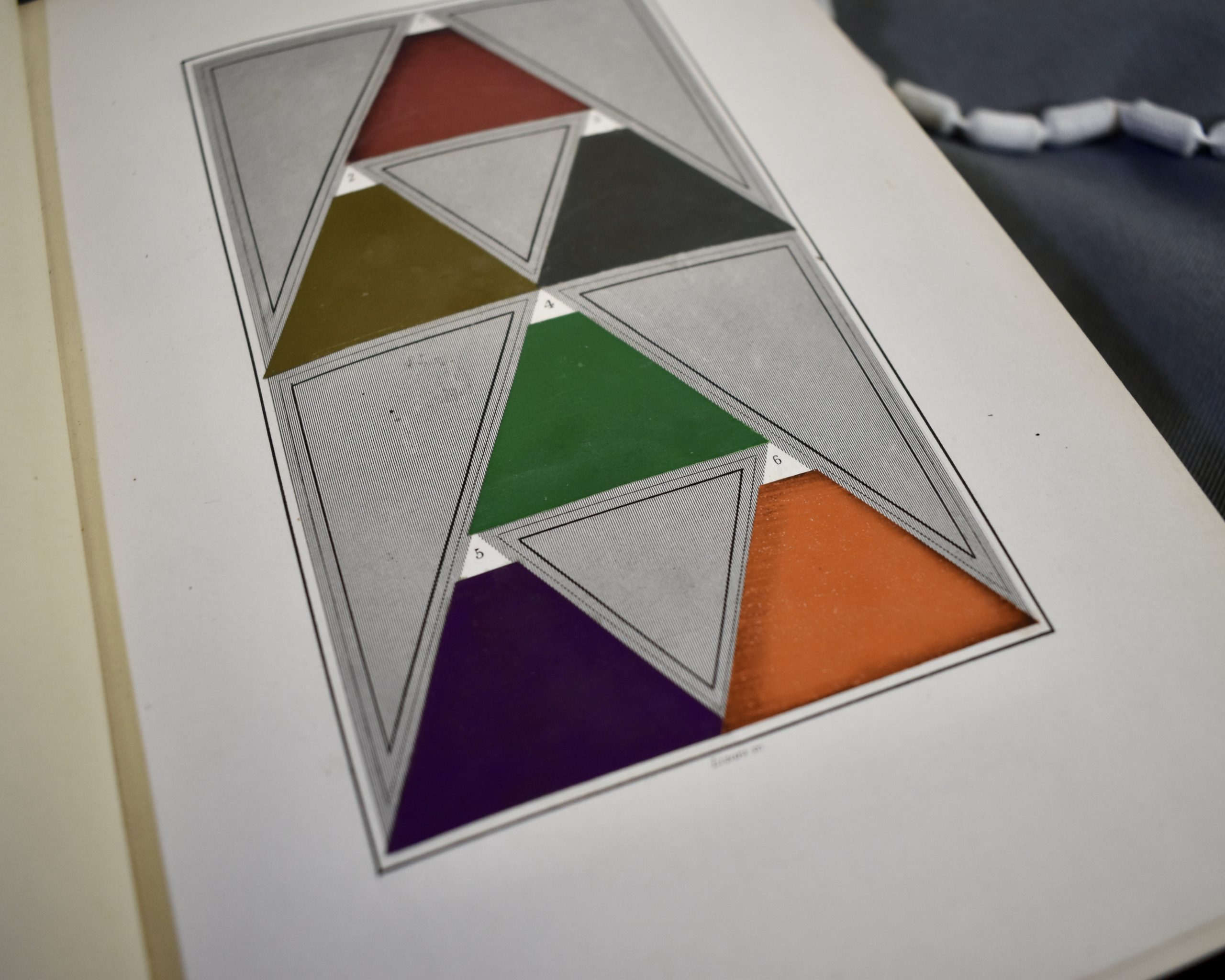 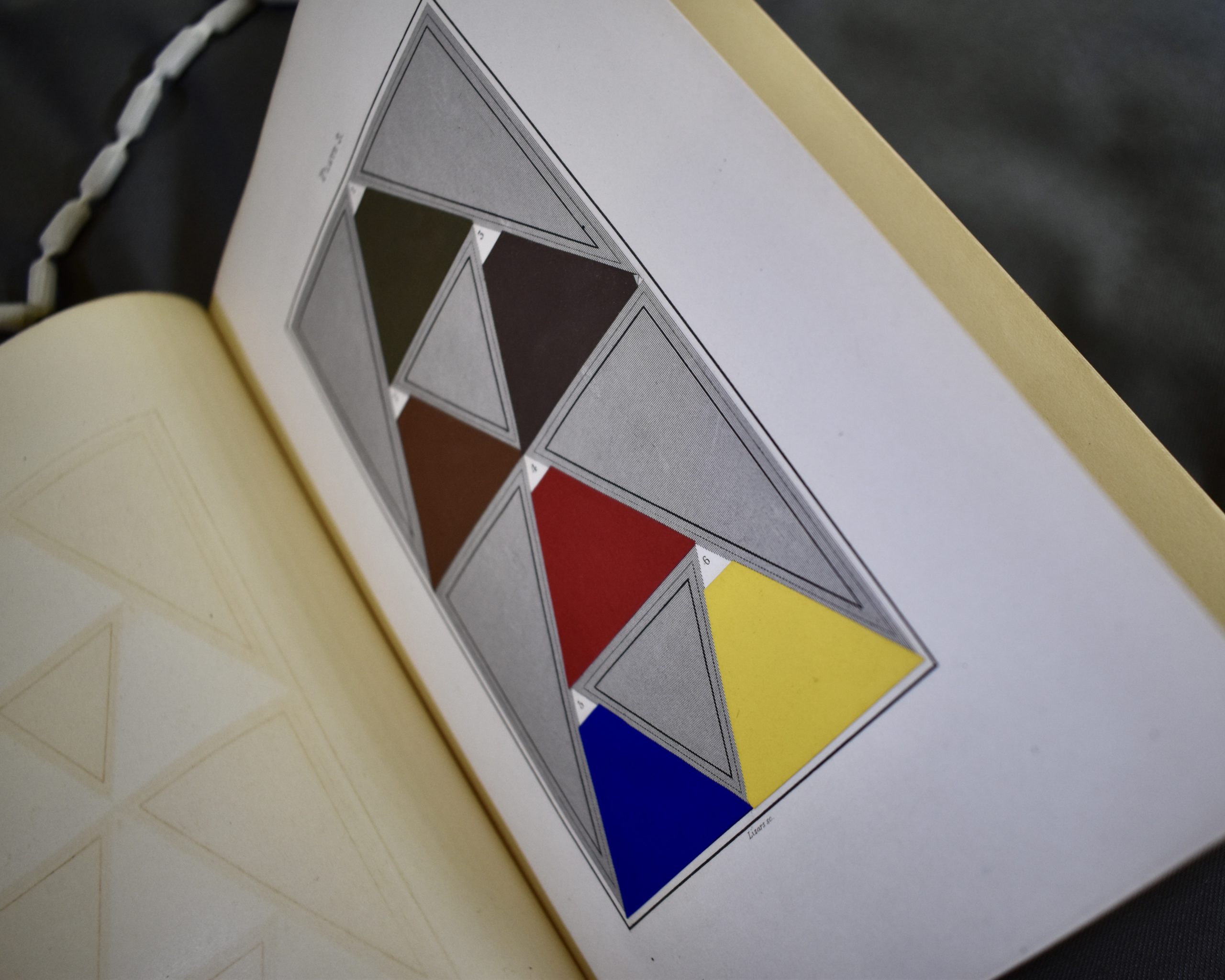 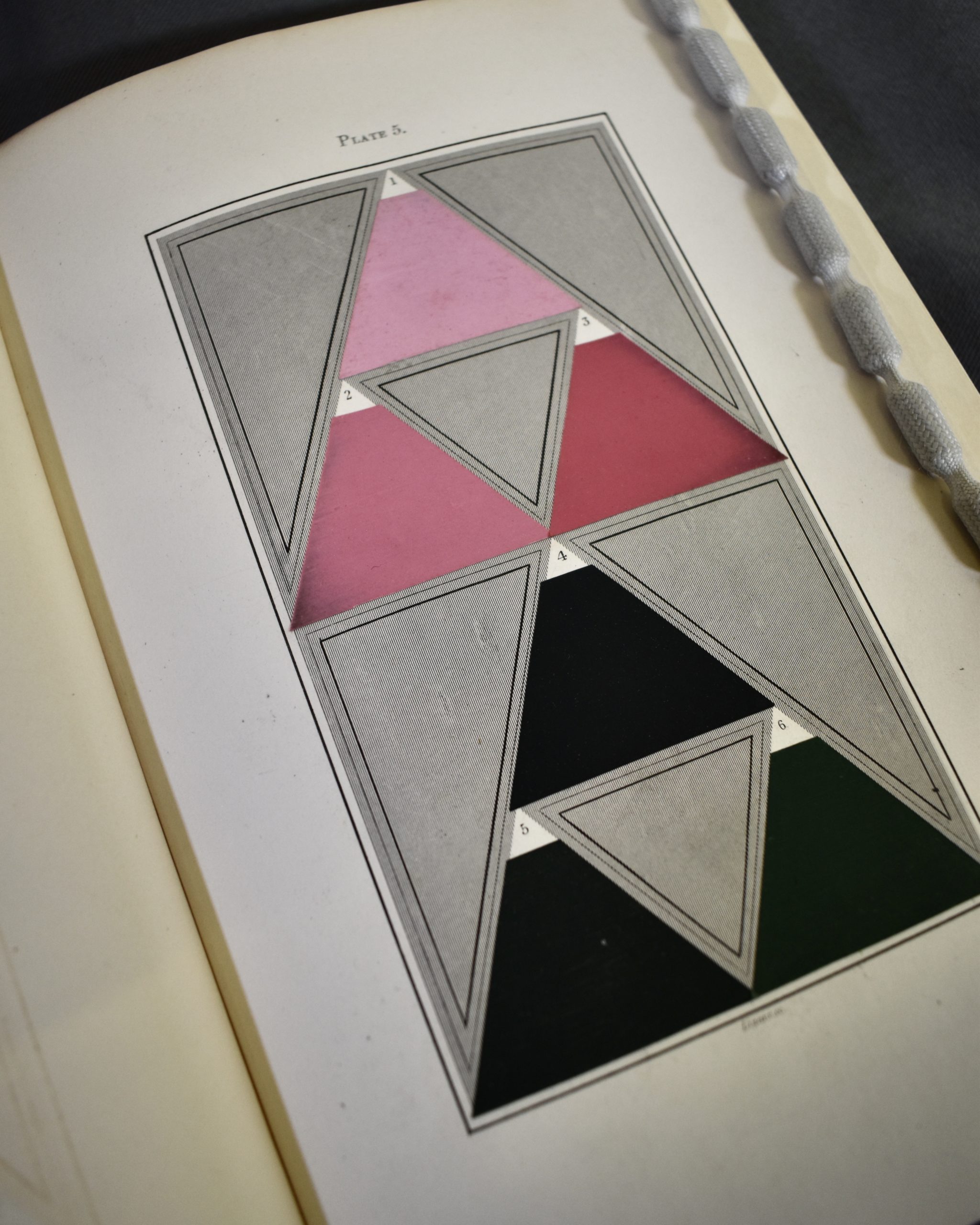 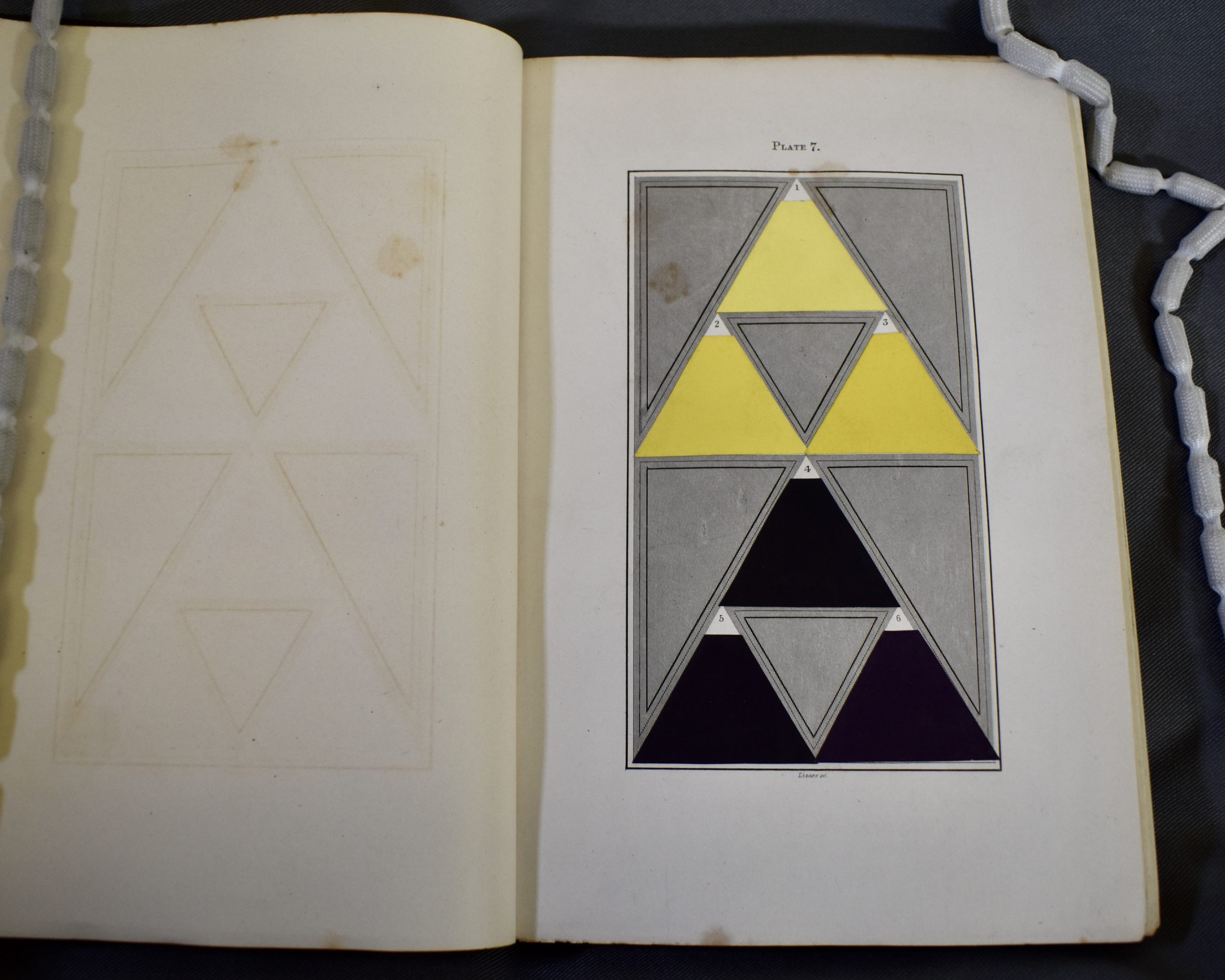 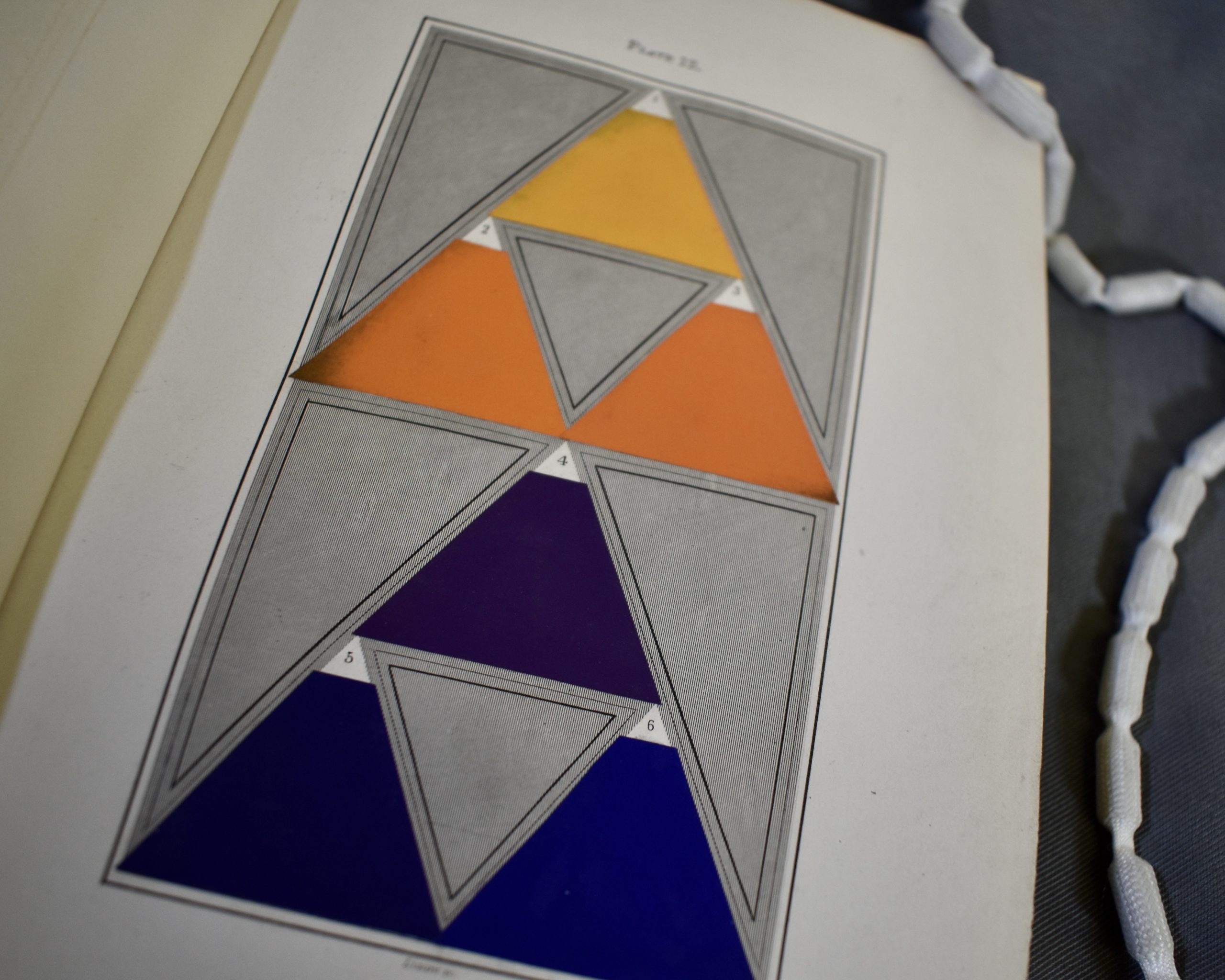 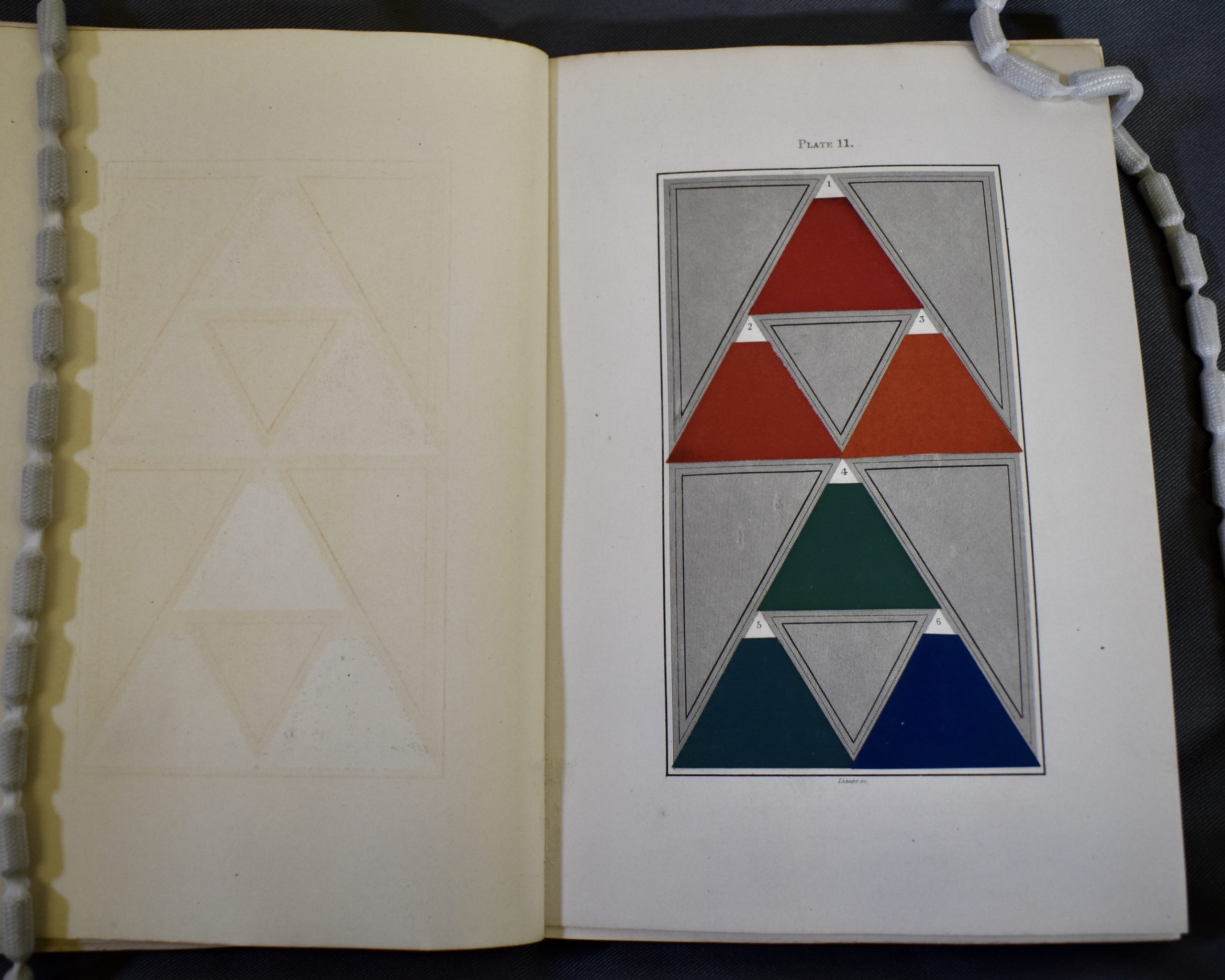