A New Elucidation of Colours, Original, Prismatic and Material

James Sowerby’s magnum opus was his English Botany (1791–1814), a monumental botanical work comprising 36 volumes and spanning two decades. English Botany offered its readers an encyclopaedic insight into England’s vegetal realm, with each plant specimen meticulously identified, described and depicted in lush, hand-coloured engravings. These full-colour illustrations, vivid and lifelike on the page, are what made English Botany unique and Sowerby famous.

But, as the years passed, Sowerby watched with dismay as the bright hues of his hand-coloured engravings begin to fade and decay – the inevitable action of time and chemical instability working away at his watercolour pigments. Now, the deep red of the petals on Sowerby’s Adonis Autumnis, for example, could not be relied upon as an exact match to the flower itself. In order to overcome the chromatic inaccuracy, Sowerby set out to develop a standard, universal and permanent method of representing natural colour.

Sowerby trained at the Royal Academy in London, ran a successful engraving business, and contributed his vivid illustrations to the Botanical Magazine throughout his career. He was a member of several scientific societies – including the Geological and Philosophical Societies of London – and was a friend and acquaintance of the Royal Society’s founder Joseph Banks. He was a prolific writer and illustrator, publishing over 45 volumes on botany and mineralogy between 1790 and 1817. Sowerby placed a great deal of value on the medium of print as a means to expand accessibility to natural history, beyond the collections of museums and private individuals, and colour was key to this enterprise.

Sowerby wished to find a way to present colours directly to the eye, bypassing the need for unreliable representation in paint and confused textual referents. Familiar with Newton’s theories on the spectrum, as well as the prismatic investigations of his contemporaries Thomas Young and William Hyde Wollaston, Sowerby looked to the spectrum for answers. Like German colour theorist Johan Wolfgang von Goethe, Sowerby found colour to exist on the border between light and dark, and used this liminal quality of colour to create his own method for its standardisation.

In 1809, Sowerby invented the ‘Chromatometer’ (published in his New Elucidation of Colours) – a device that presented a standard, measurable prismatic spectrum to the user. The user was encouraged to peer through a prism, held close to the eye, at blocky black bands on white paper. At the point at which black met white the primary colours would appear, and mix in varying degrees depending on the thickness of the black band and the white space in between. By measuring these thicknesses, the user could pinpoint specific colours in the spectrum revealed by the prism, offering a standard reference for a specific hue.

Thus, with a series of convoluted and complex instructions, the user could theoretically measure the distances to find ‘perfect’ red, or yellow, or blue. According to Sowerby, his scheme was “in its nature perfect, and calculation, measure, &c, will prove it; but how far the limited powers of mankind will carry it, remains a desideratum.” Sadly, it seems the ‘powers of mankind’ were too limited to carry Sowerby’s system any great distance, as it proved to be too awkward and challenging for regular practical use. 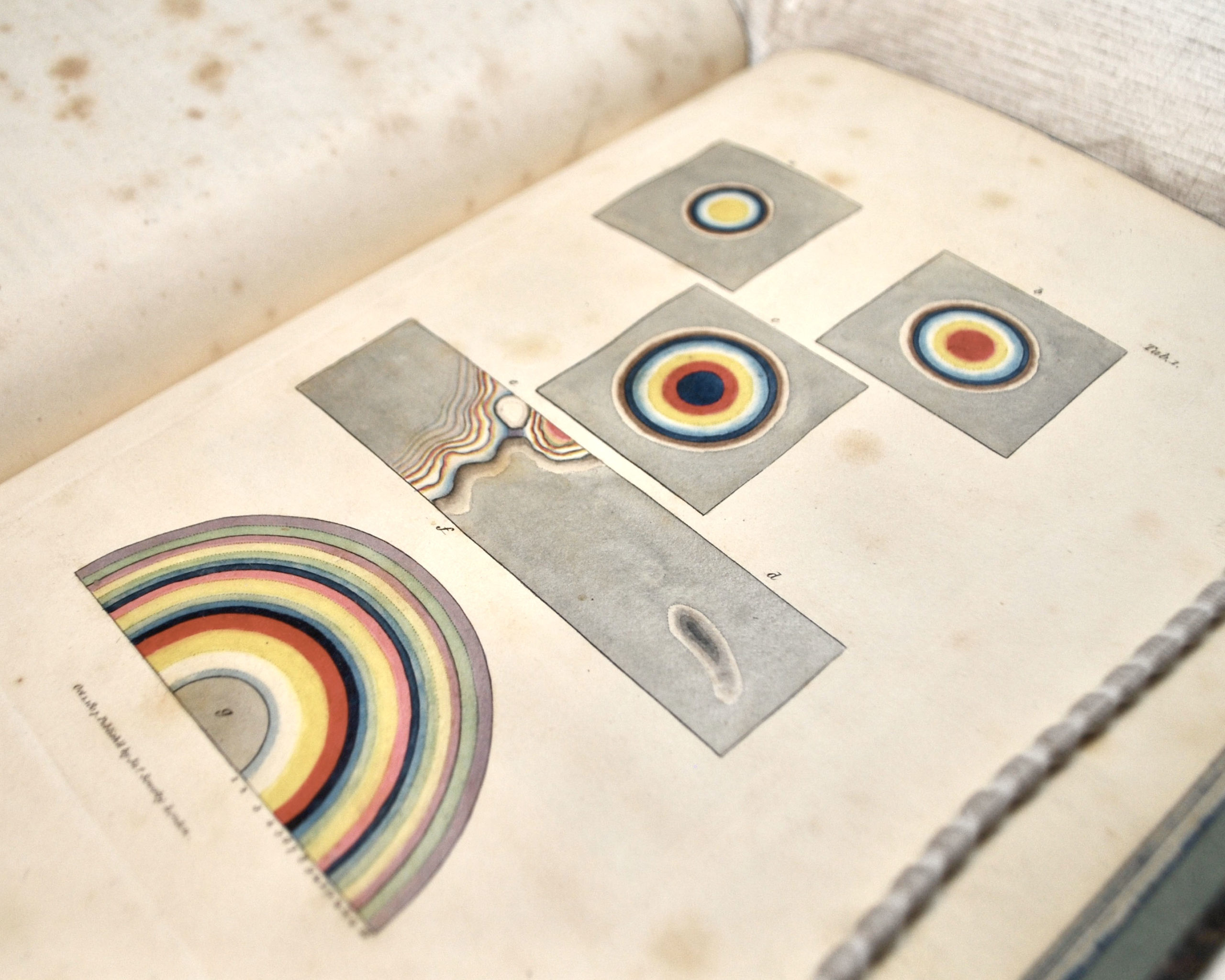 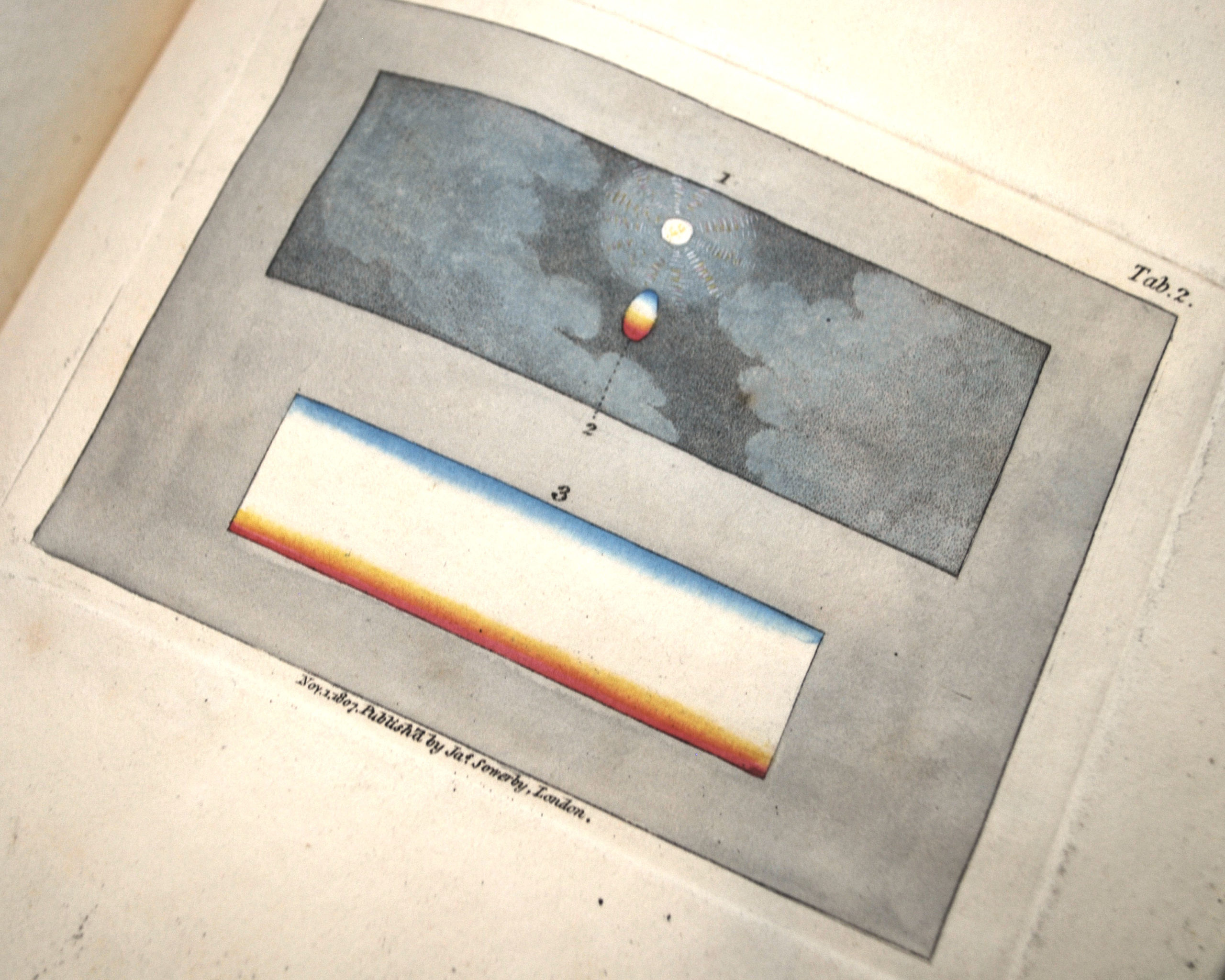 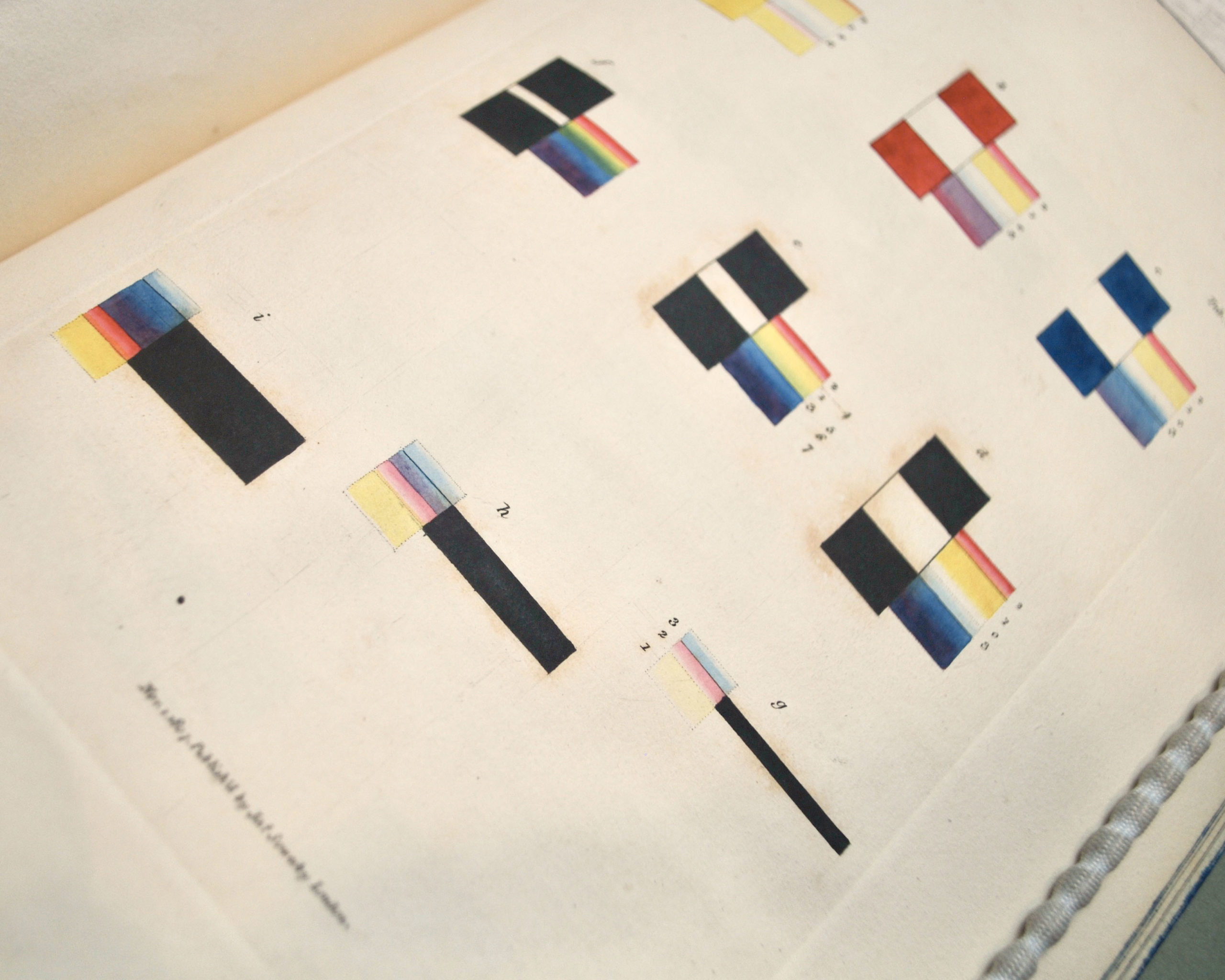 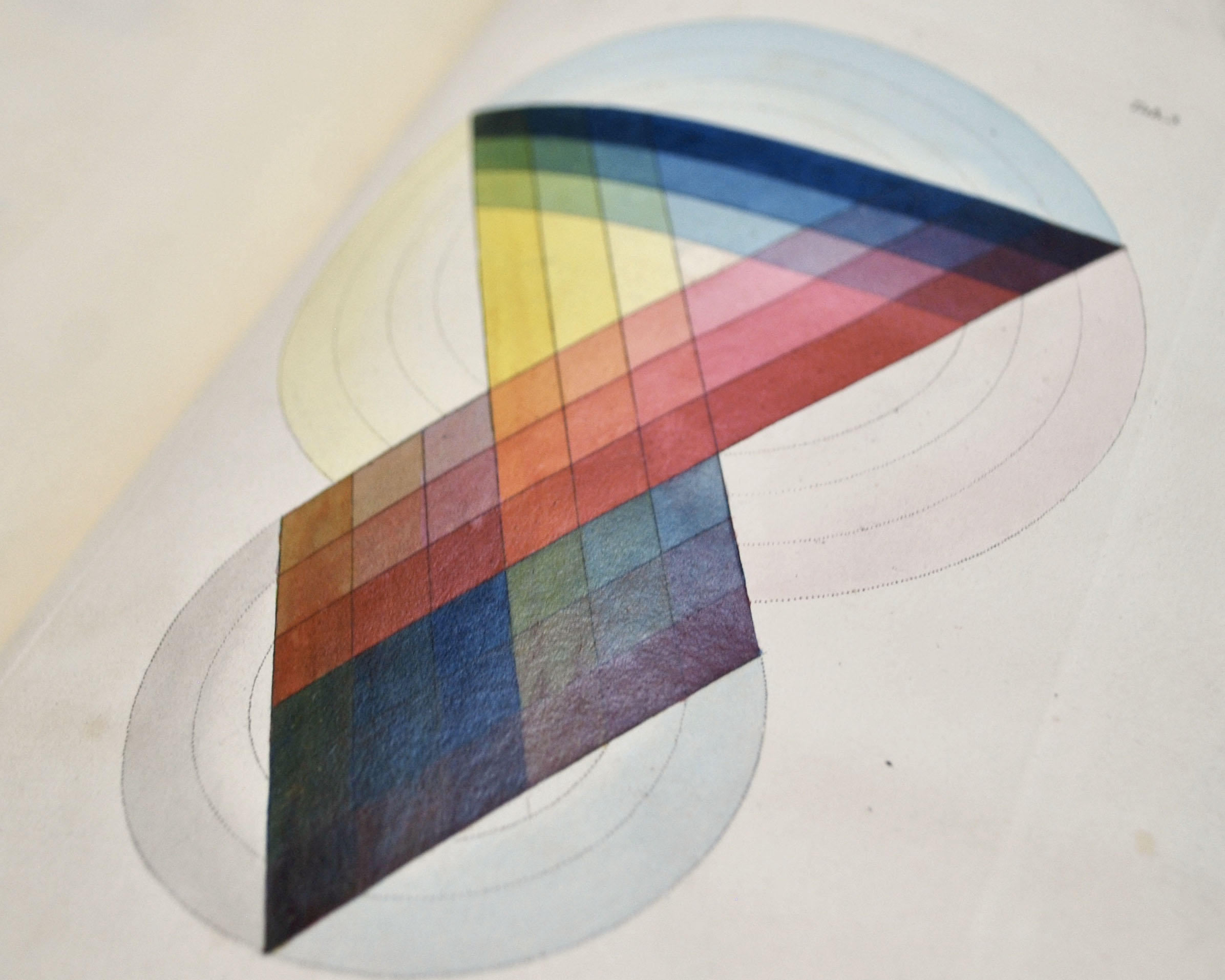