During the second half of the eighteenth century, colour schema leapt from two dimensions into three. Perhaps the best example of this is Johann Heinrich Lambert’s 1772 Farbenpyramide (colour pyramid), published alongside a lengthy discussion of its form, colour mixtures, and the chromatic algebra on which it was based. Essentially, Lambert took Tobias Mayer’s 1758 two-dimensional triangle and laid it flat, making it the structural and conceptual base for a layered, three-dimensional pyramid, illustrated in a full-colour fold-out found at the end of his book.

Originally born in France, Lambert lived and worked in Switzerland and Germany, and was an accomplished polymath, producing tracts on mathematics, astronomy, physics and philosophy throughout his career. He was familiar with Mayer’s theories on colour and optics, and his Farbenpyramide is the result of his practical and theoretical exploration of Mayer’s triangular colour proposal. Lambert decided that the best way to visually represent the “richness of colors in their universal harmony” was through a “pyramid or little box drawn in perspective, separated into compartments”. Like Mayer, Lambert also called on the primary necessity of the colours red, yellow and blue, naming “carmine, Berlin blue, and gamboge” as the three pigments from which (along with white) all of the pyramid’s colours could be mixed.

Lambert enlisted the Prussian court painter Benjamin Calau to assist him with the construction of his pyramid. Referenced in the book’s title, Calau was experimenting at the time with “Punic wax”, or the ancient Roman practice of encaustic painting – the pigments were mixed with wax (rather than water, gouache or oil) and set fast with heat to give chromatic longevity and, as Lambert puts it, “more liveliness and lushness” to the colours. 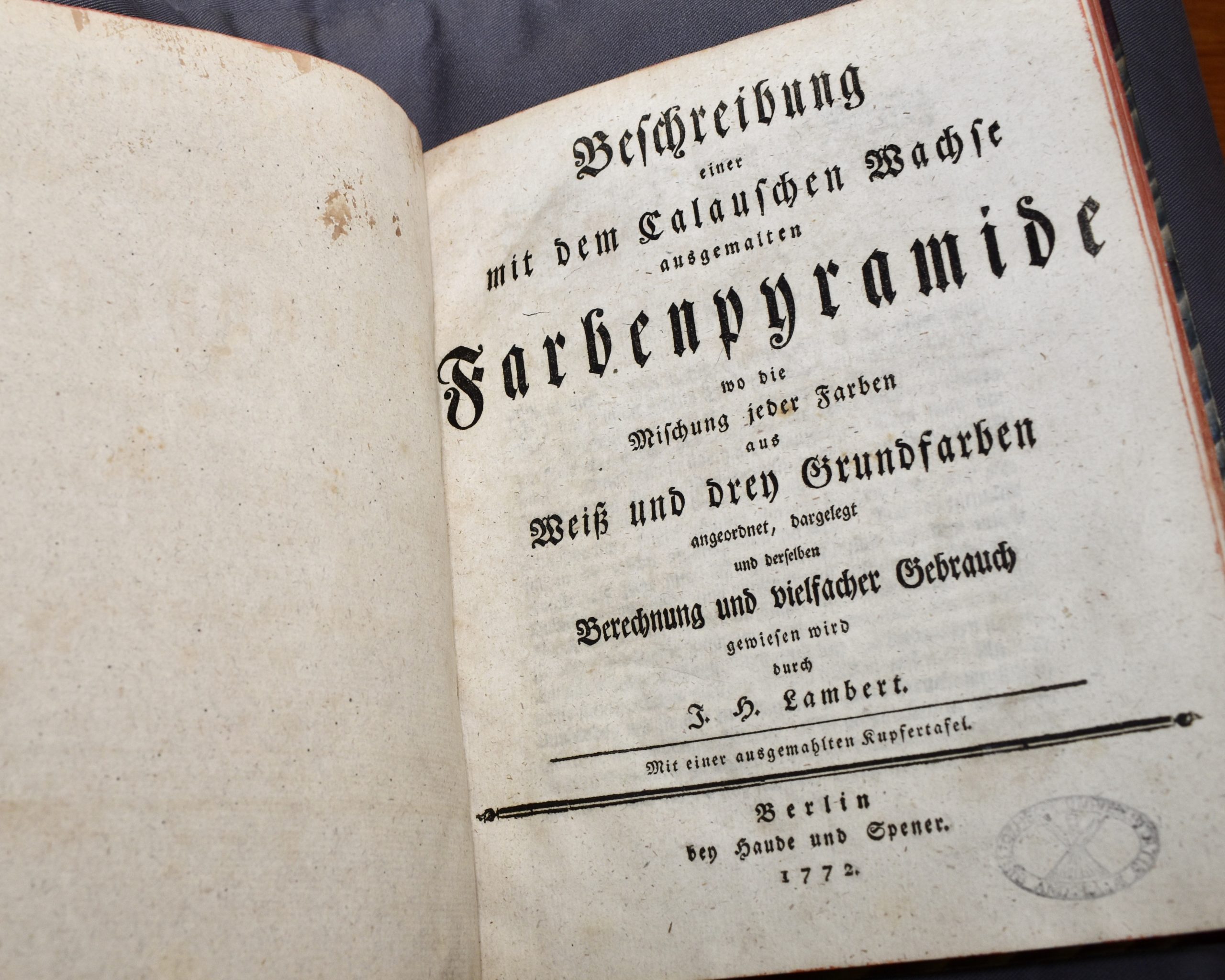 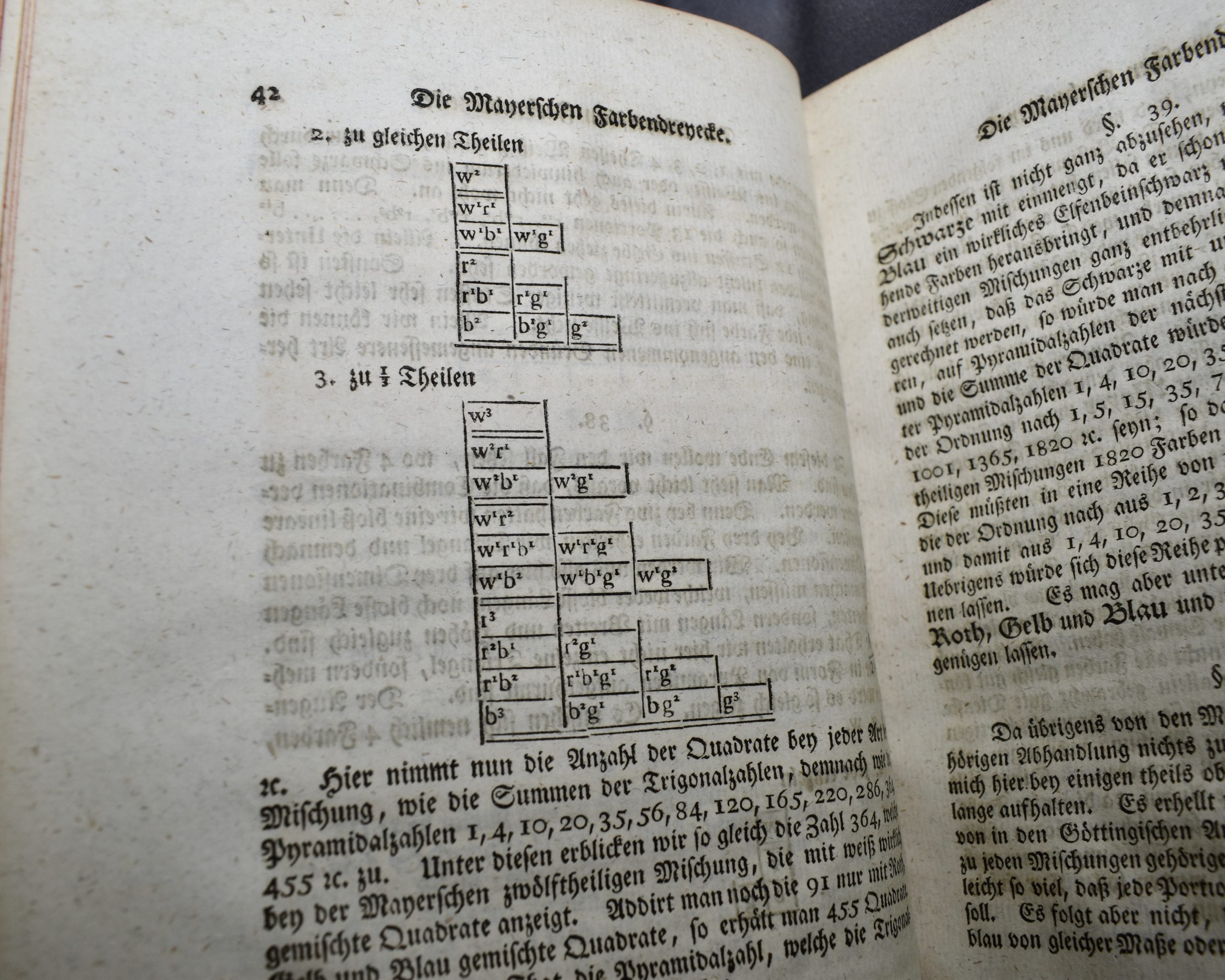 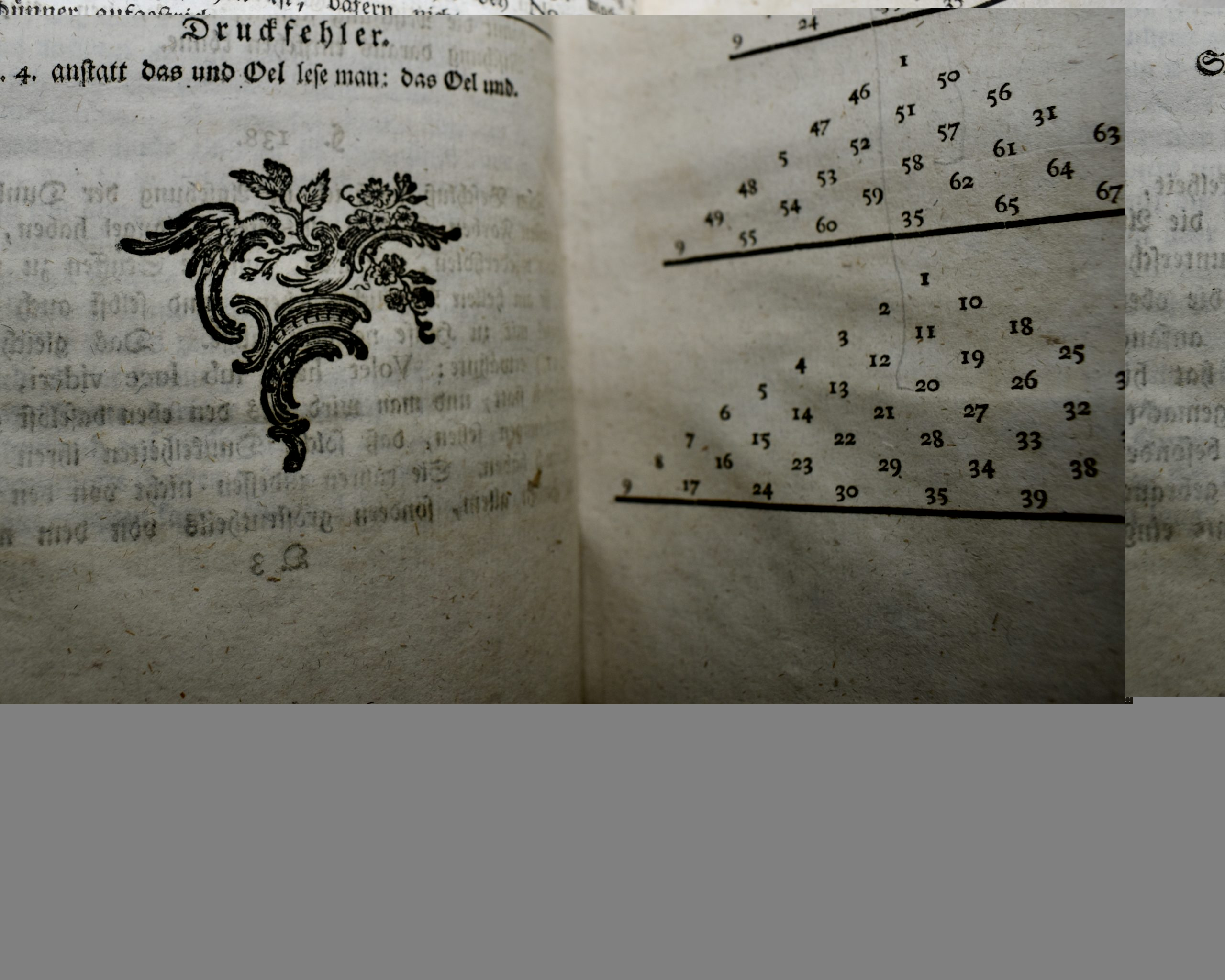 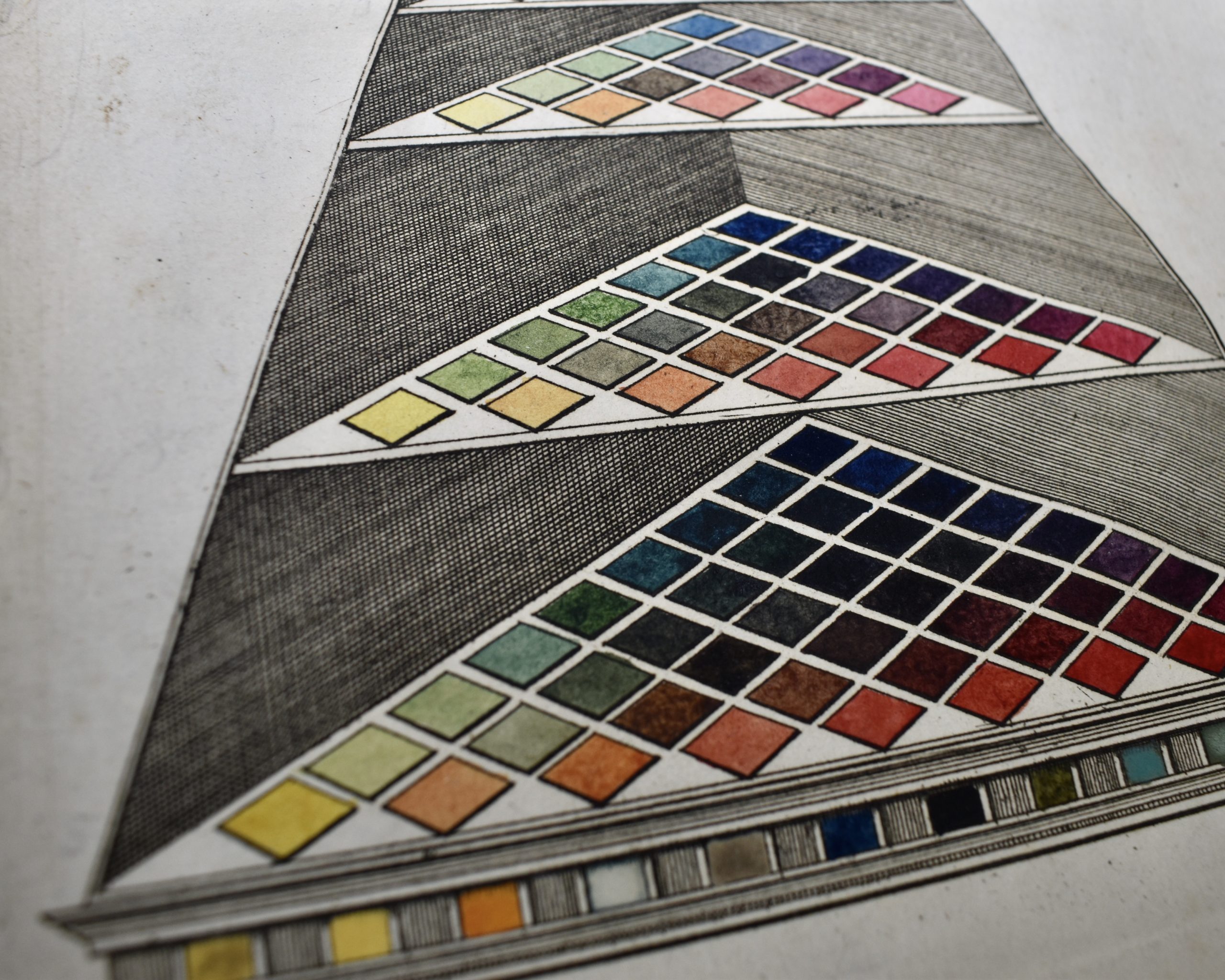