An Exposition of English Insects

In 1766, English engraver and entomologist Moses Harris published a short treatise on colour, titled The Natural System of Colours. Through hand-painted circular diagrams he attempted to illustrate the multitude of colours that could be mixed from the three primaries (or ‘primitives’) – red, blue and yellow. Placing these three colours around the edge of a circle, Harris intermixed them to create the three secondaries (orange, green and purple) and several shades in between. Working towards the centre of the circle, he then added black to each hue in gradual proportions, to create a smooth gradation of shades. Repeating the process for the secondary colours in a second circle, the result was a total of 360 separate hues.

According to Harris, the pigments Vermilion, Ultramarine and King’s Yellow were the substances closest to the pure colours of prismatic red, blue and yellow. He used these same powdered pigments to mix the 72 colours that appear in the circular ‘Scheme of Colours’ in his 1782 work, An Exposition on English Insects. Although the format is the same, the purpose of this later diagram is different to those in his original system of colours. Rather than gesturing at the whole world of colour experience, Harris’s later colour wheel only includes the most commonly occurring entomological colours – the colours of insects, painstakingly observed and reproduced.

Less concerned with the interaction and order or colours, Harris’s insect circle aims to provide a reference for readers, so that they might psychologically fill in the colours of the specimens described and engraved in his book:

“In the descriptions, I have made use of such terms with respect to colours and teints as may best serve to convey a proper idea of the colours in the insects described; but as these terms are little known but to painters, I have given, in a small scheme annexed, a kind of system containing a variety of seventy two different colours […] Each teint is numbered, and the figures refer to a Catalogue which serves as an index to shew the name appropriated to each.”

Harris’s diagram of insect colours is one of the earliest charts for natural colour, but, as Harris himself admits, the colours are limited to the hues discussed in the book’s text. The rest of the animal kingdom, as well as the vegetable and mineral, is left out. And, most existing copies (including this one) show severe discolouration and fading of the colours themselves. This speaks to the dual importance of word and image in the representation of colour – where the colours have faded to muddy, indistinct hues, we can only infer the original colours from the names given by Harris in the accompanying chart. 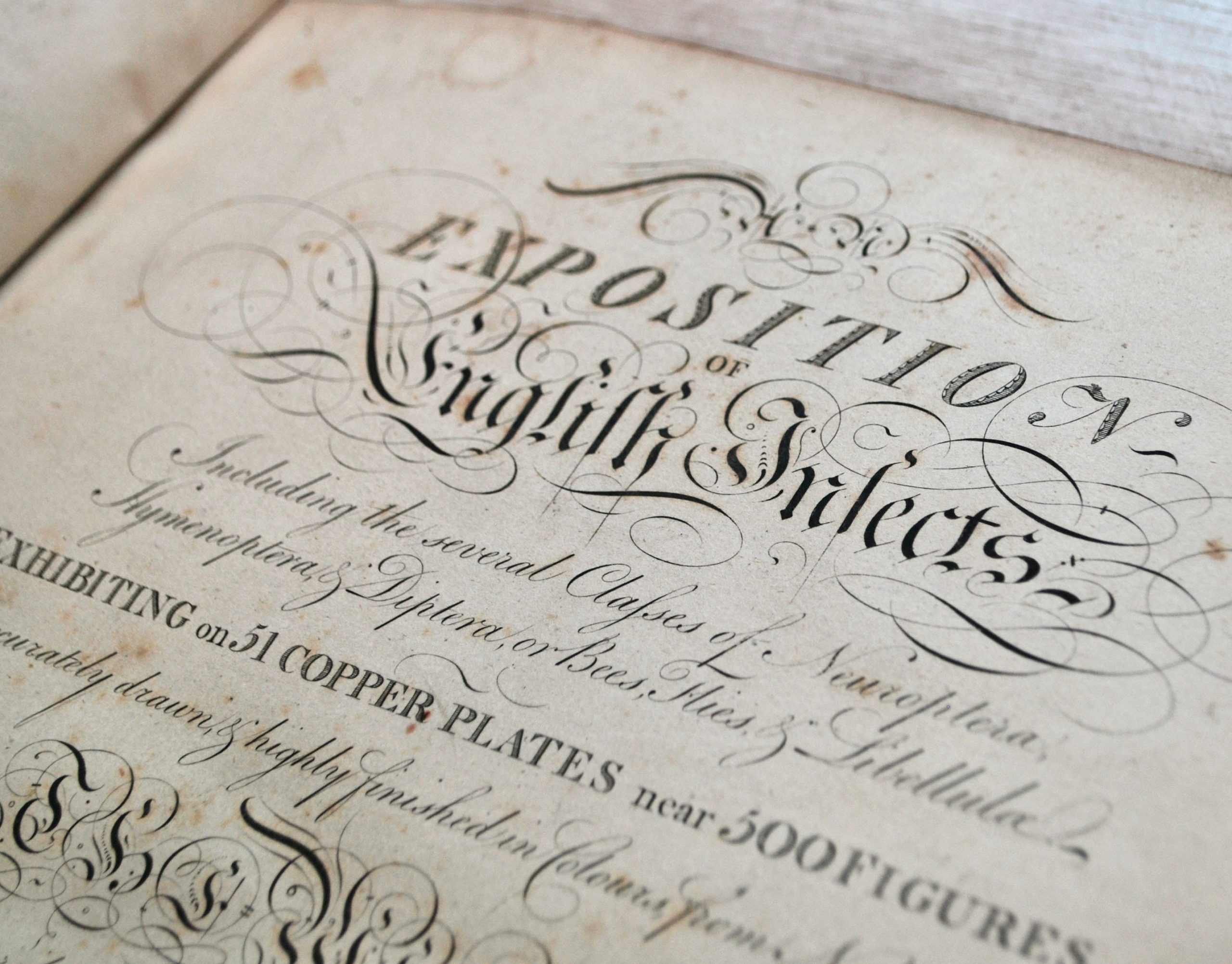 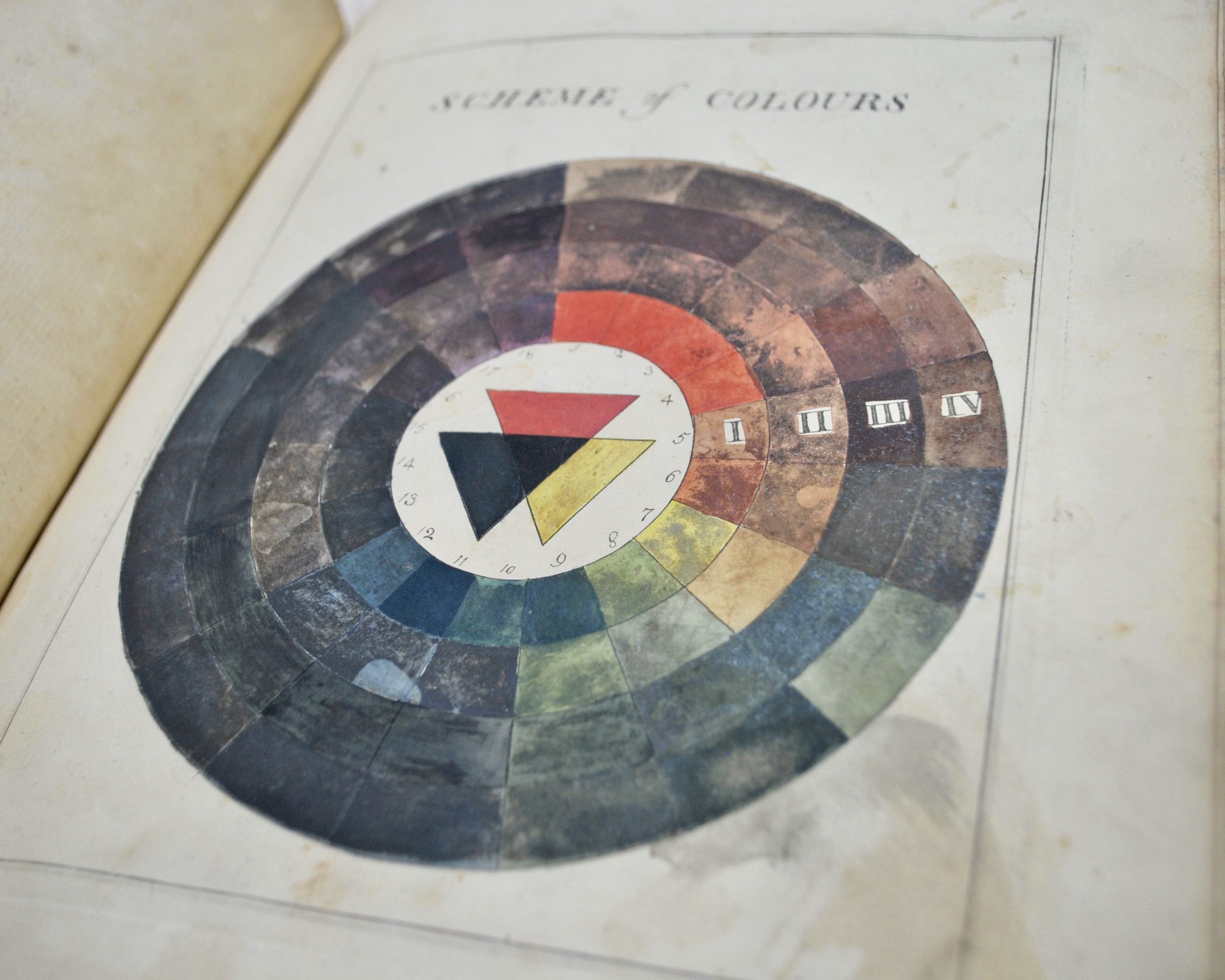 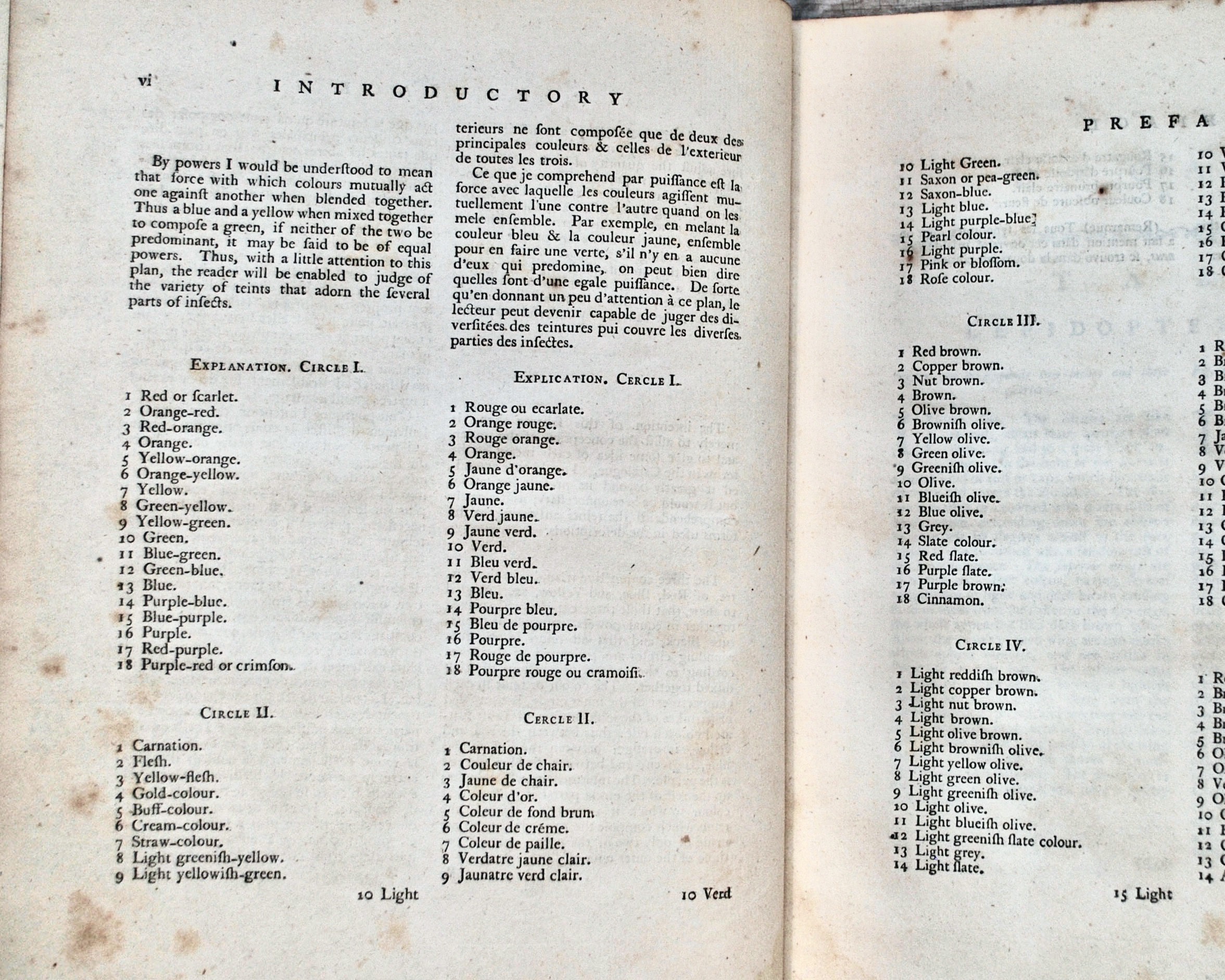 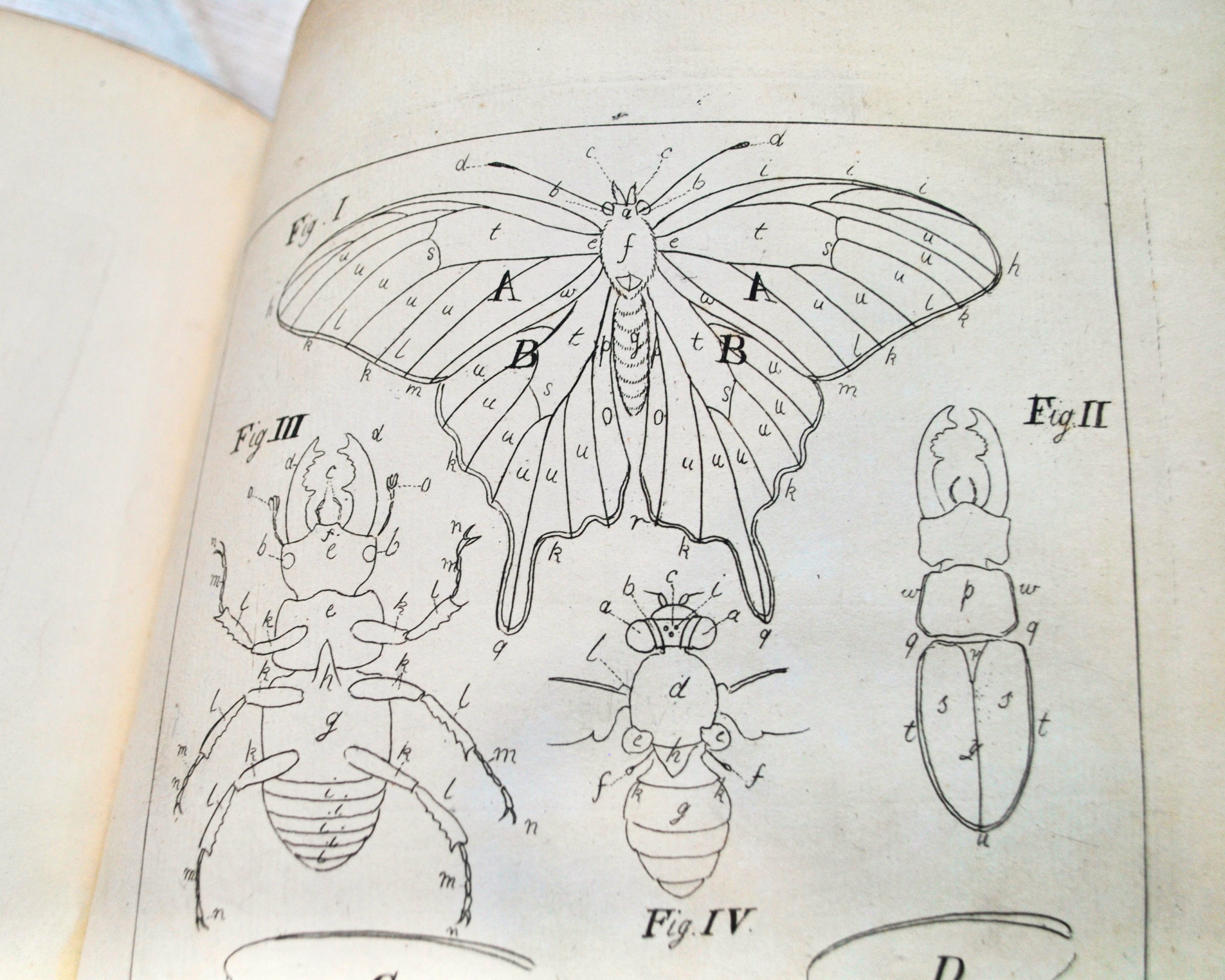