Opticks: or, A Treatise of the Reflexions, Refractions, Inflexions and Colours of Light

In 1704, a weighty, leather bound volume arrived on the doorsteps of booksellers and subscribers across Europe. It contained over three decades of one man’s compulsive and thoughtful experiments on light and colour. Written in English, and in prose, Newton’s Opticks was more accessible than existing Latin texts on colour (like Walter Charleton’s Appendix). This allowed his theories a greater influence, permeating all areas of natural science with talk of triangular prisms, ‘inflexion’ and coloured rays.

The book details Newton’s prism experiment, already familiar to the scientific community in Europe as a result of his lectures at Cambridge and activities at the Royal Society in London. During this experiment, Newton intersected a white ray of sunlight with a triangular prism, and watched the coloured spectrum reveal itself on a white wall – which he identified as being made up of red, orange, yellow, green, blue, indigo and violet. As these same colours always materialised out of the refracted beam of light, and always in the same order, Newton concluded that the colours were intrinsic to white light – and that colour was a property of light, not (as was widely believed) of substances in the material world.

Newton’s scale contains the primary colours red, yellow and blue, and the secondaries orange, green, and violet (purple). This tallies with accepted seventeenth-century colour theory, based on the three primaries (from which all other colours can be mixed) and their resulting intermixtures. How, then, does indigo fit in? A dark blue, leaning slightly towards green, indigo seems a strange addition to an otherwise neat system. In fact, Newton needed to split the spectrum into seven, so as to equate the vibration of coloured light rays with the notes of the music scale – an arbitrary and interesting analogy, which still lingers today.

As well as his dissection of light rays and rainbows, one of the lasting legacies of Newton’s treatise was its introduction of a circular schema for colour representation. Newton’s preoccupation with circular objects is clear from his text, peppered with references to ‘Circles’, ‘Orbicular Figures’ and ‘Disques’, as he meticulously describes the halos and auras around objects, and diagrammatically depicts the half-circle of the rainbow. This fascination for the circular eventually encompassed the colours themselves. Book I, Part II, Plate III contains his black-and-white colour wheel, in which Newton looped his chromatic ROYGBIV scale around to form a circle – the first in the history of colour theory. 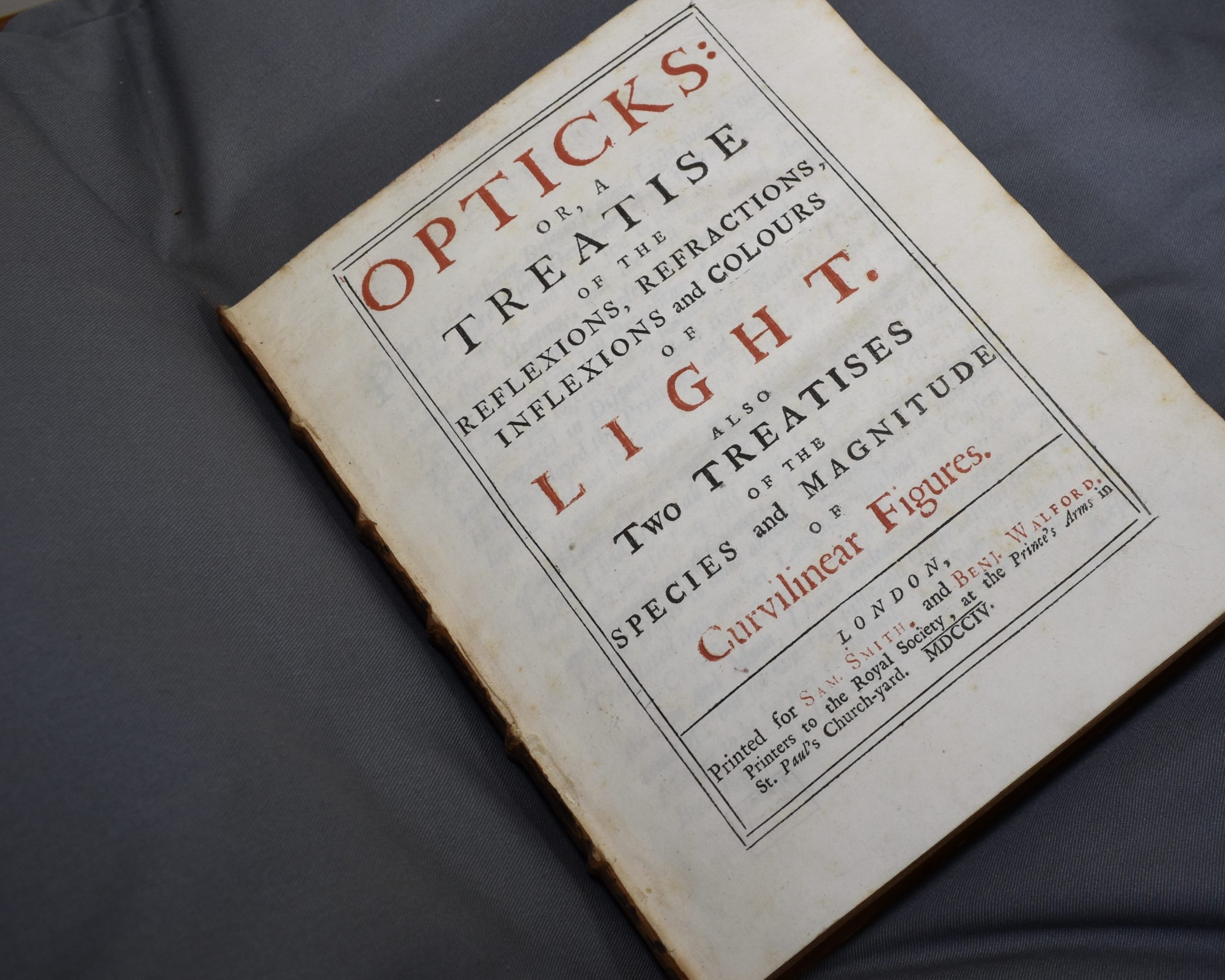 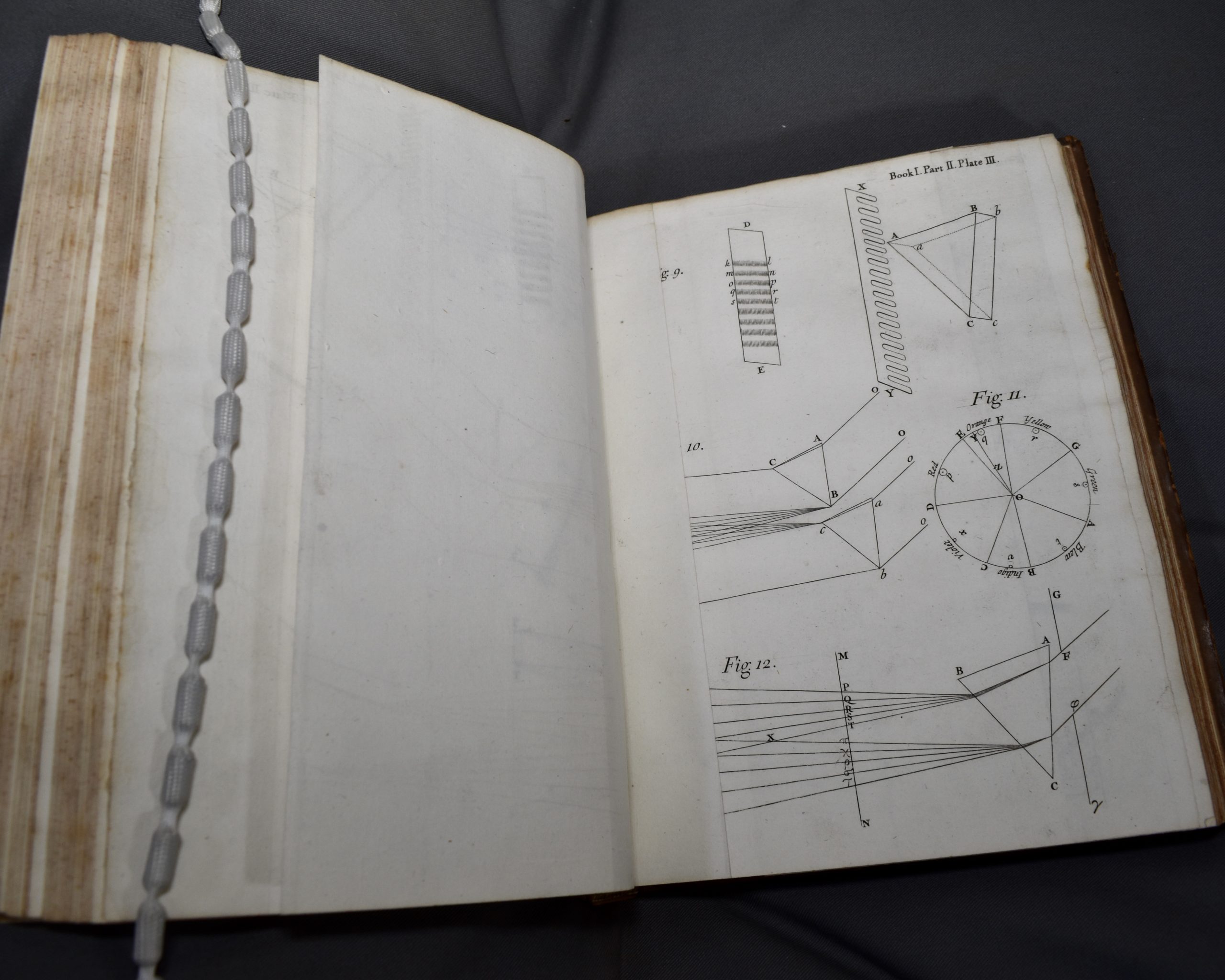 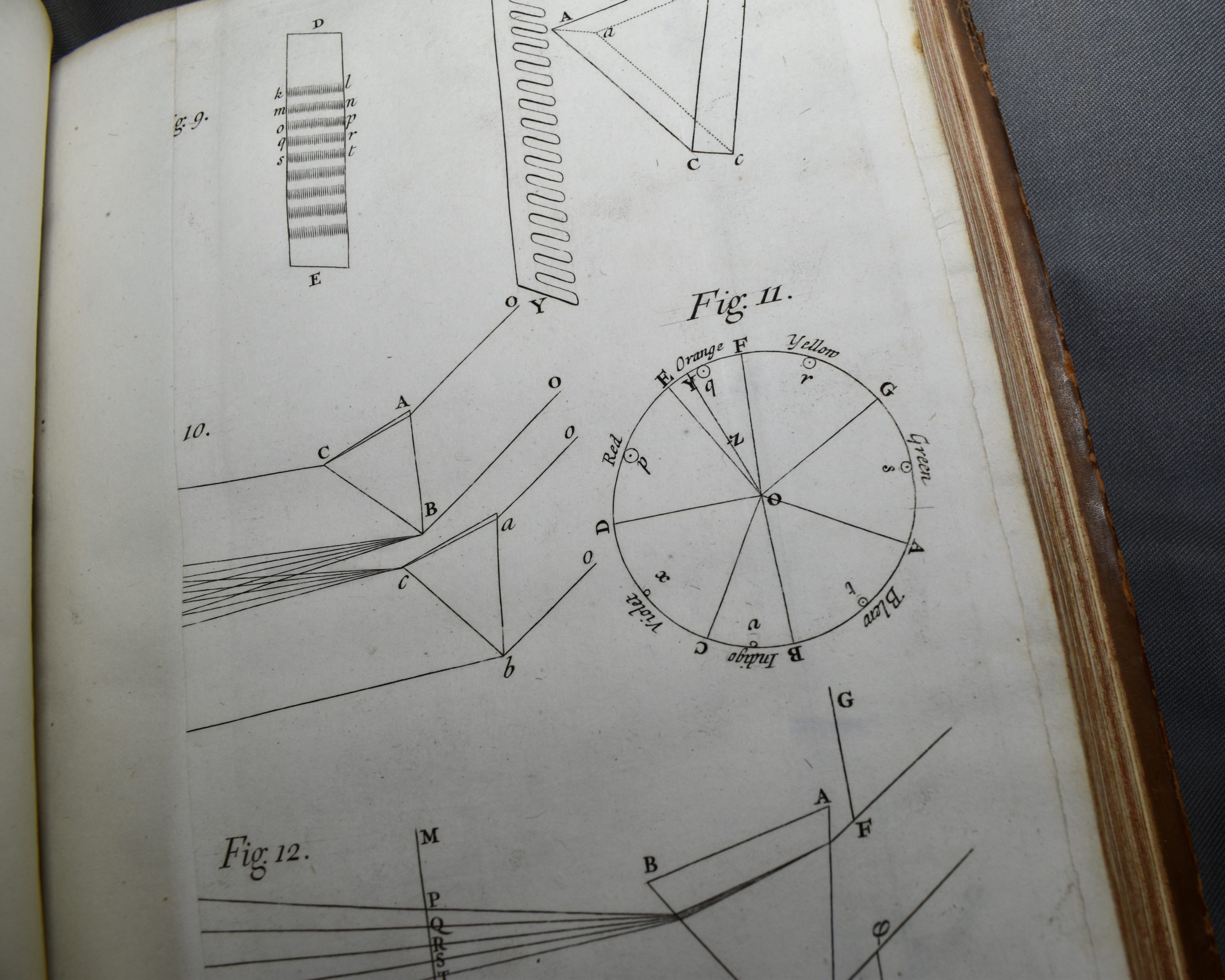