Jacob Christian Schäffer was a German naturalist and illustrator, known for his delicate depictions of botanical and zoological subjects, rendered in subtle and lifelike tones. In 1769 he published this slim publication, based on his own knowledge of natural colours. The booklet contained his system for standardising colour mixtures in natural history illustration, and included sample charts to demonstrate his method. Schäffer’s booklet was a reaction to the increasingly prevalent problem of a lack of a “totally exact and generally understandable determination and naming of colours” and proposes how, “in time, and with repeated attempts”, this lack of standardisation might be remedied.  His booklet is a beginning to a proposed project of documenting, in text and in paint, the varied nuances of each of the seven ‘main’ colours – red, yellow, blue, green, brown, white and black.

For each of these colour groups, Schäffer identifies the ‘simple’ colours, or the natural pigments “which nature gives herself and from which all [others], and the huge number of composed colours, can be mixed”. According to Schäffer, there are eight simple reds, including Mennig (agrimony), Cochenille (cochineal) and Zinnober (cinnabar). These are depicted in the first of two coloured plates. The second plate begins Schäffer’s project of documenting all naturally occurring tints, mixed from the simple colours given in the first. Offering the reds as an example, the chart is segmented into 150 separate boxes, each a home for an individual shade of red. 33 of his boxes are coloured – the rest he leaves to the artistic and scientific community to fill in.

For the colours in the charts to reach their optimum salience in natural history circles, Schäffer suggests that the they be added to a “colour register”, which would include the number as taken from the chart, the natural object (animal, plant or mineral) for which the colour had been mixed, and its recipe for mixture. Schäffer’s goal was to furnish natural historians and illustrators with a palette of natural hues that were easy to replicate, easy to communicate, and easy to identify in animal, vegetable and mineral specimens: “This person needs only […] check the given number and cipher in his colour chart; and his own eyes will teach him if he is accurate or not.” 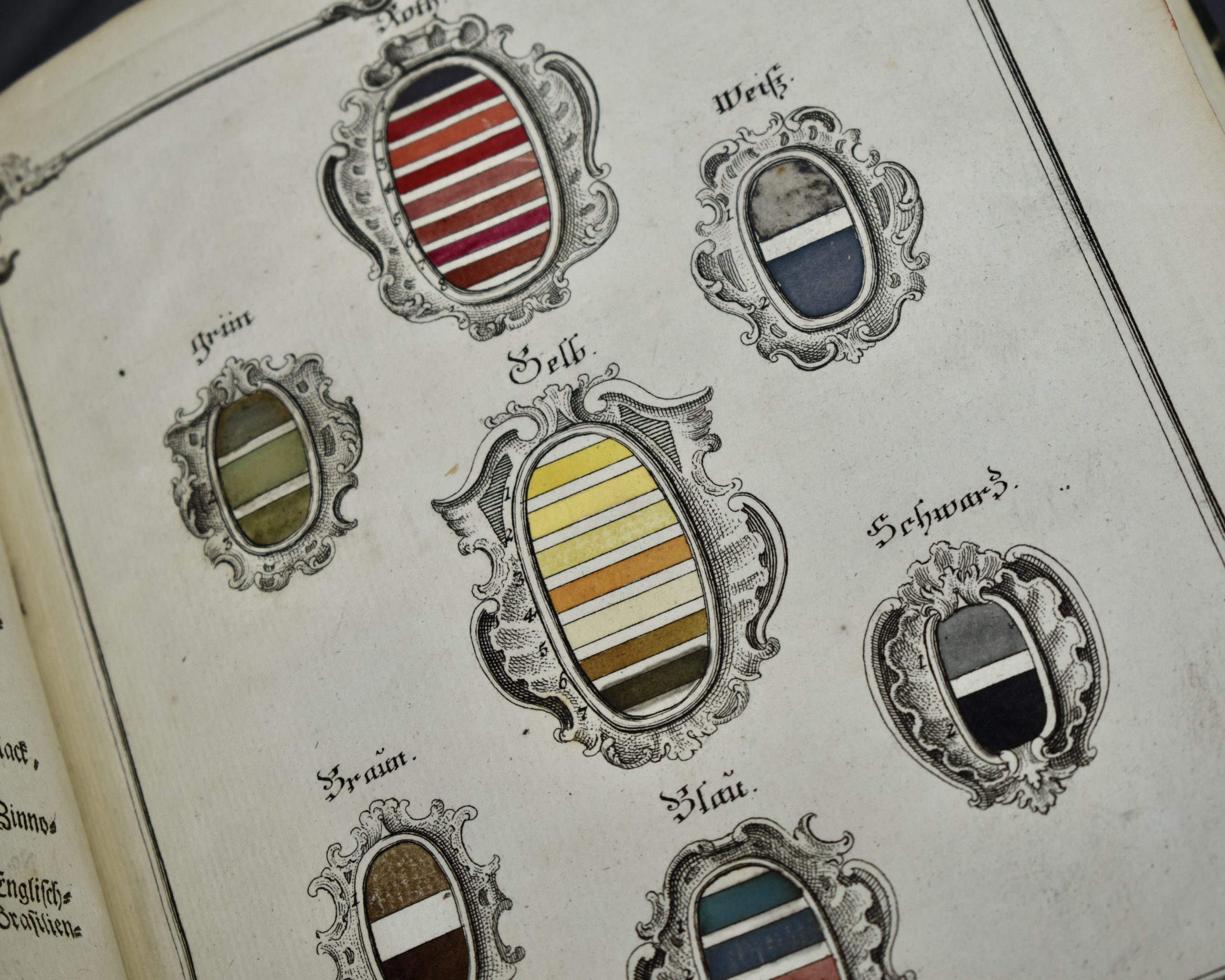 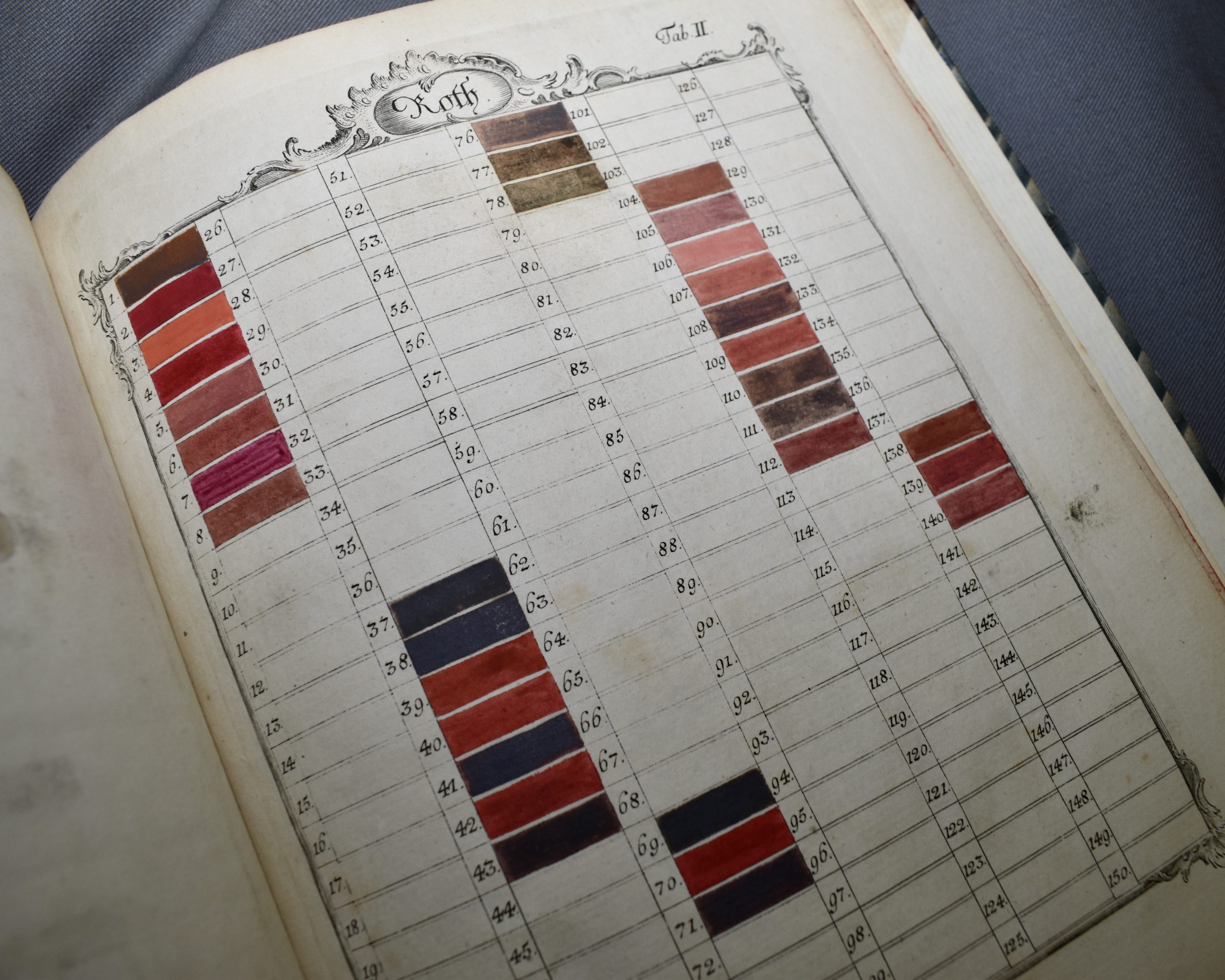 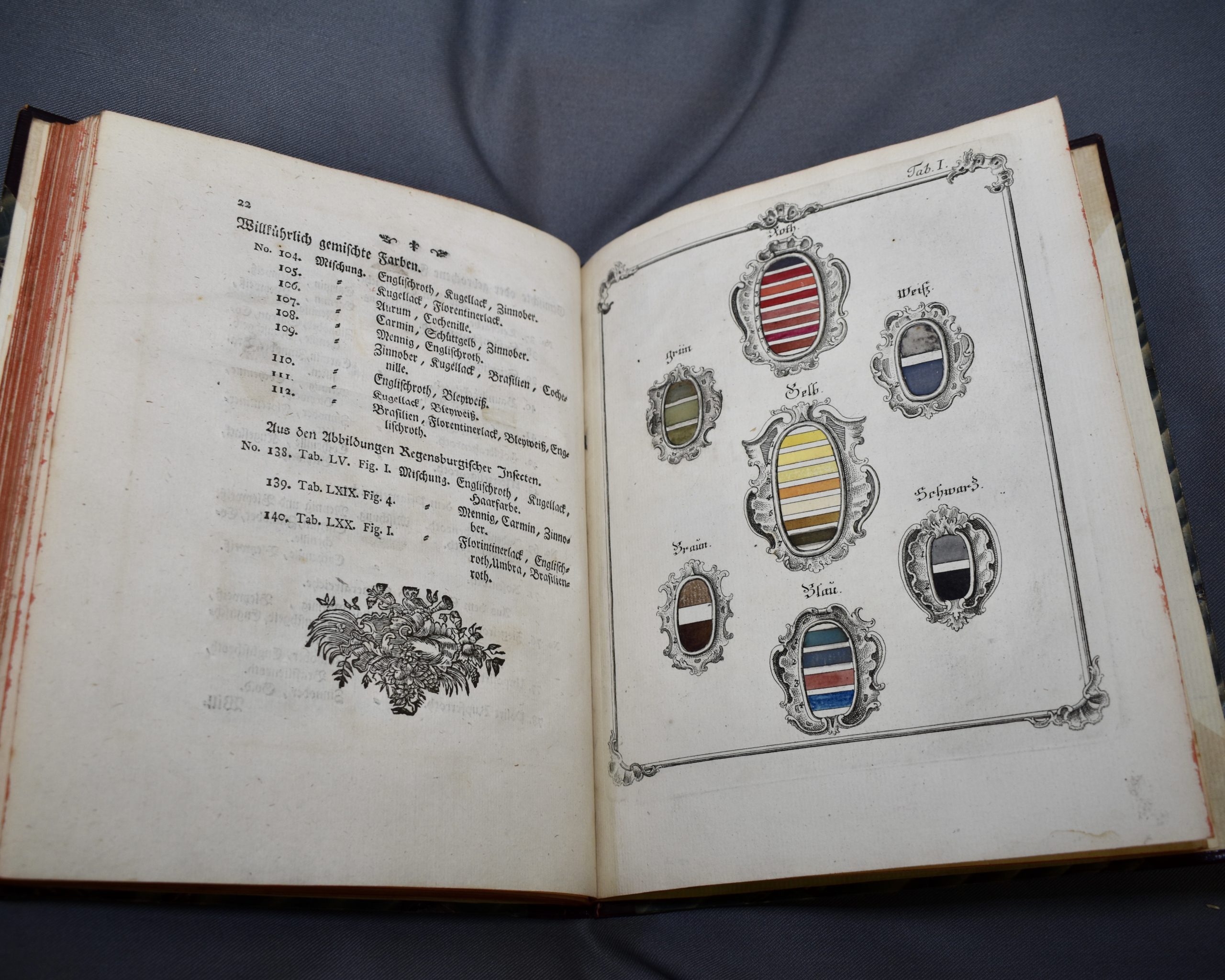