This monochrome monograph seems a strange addition to a project on colour. Yet English physician Walter Charleton’s Exertationes de differentiis et nominibus animalium – a seventeenth-century study of the names and species of the animal kingdom – is an important precursor for eighteenth-century colour charts. Although there are no painted samples present in the book, Charleton includes an appendix on colour, and lists hundreds of colour names found in the natural world. His was one of most extensive nomenclatures of colour to appear in the seventeenth century, and contributed to a growing body of chromatic literature that would soon include the first colour chart for natural history in 1686 (Richard Waller’s ‘Tabula Colorum Physiologica’).

While the text itself is in Latin, Charleton’s colours are trilingual – printed in Latin, Greek and gothic English text. This polyglot format is an attempt to build a truly standard vocabulary for natural colour, one that could slip seamlessly between different scientific contexts, readerships and tongues. Charleton’s system begins with five ‘primary’ colours (white, black, yellow, red and blue) and five ‘secondary’ (green, purple, grey, brown and bay). Each is then verbally sliced into multiple distinct hues using the vocabulary of the natural world, among them Weesel-red, Poppin-jay-green and “yellow like the yolk of an egg”.

It seems a shame that Charleton’s coloured lists lack physical colour, but, according to Oxford University Press, 500 copies of this particular 1677 edition of the Exertationes were printed. To achieve the required chromatic accuracy, any colour charts would have had to be hand-painted – the expense would have been simply too great. Charleton seems to have chosen instead to gift his reader with his luscious ornithological engravings, including the haughty Hoopoe (or Upupa) with its plumed crest and bladed beak. Charleton teams these images with a precise chromatic language, described in his appendix, to allow his readers to imagine the exact nature of the birds’ vivid hues. 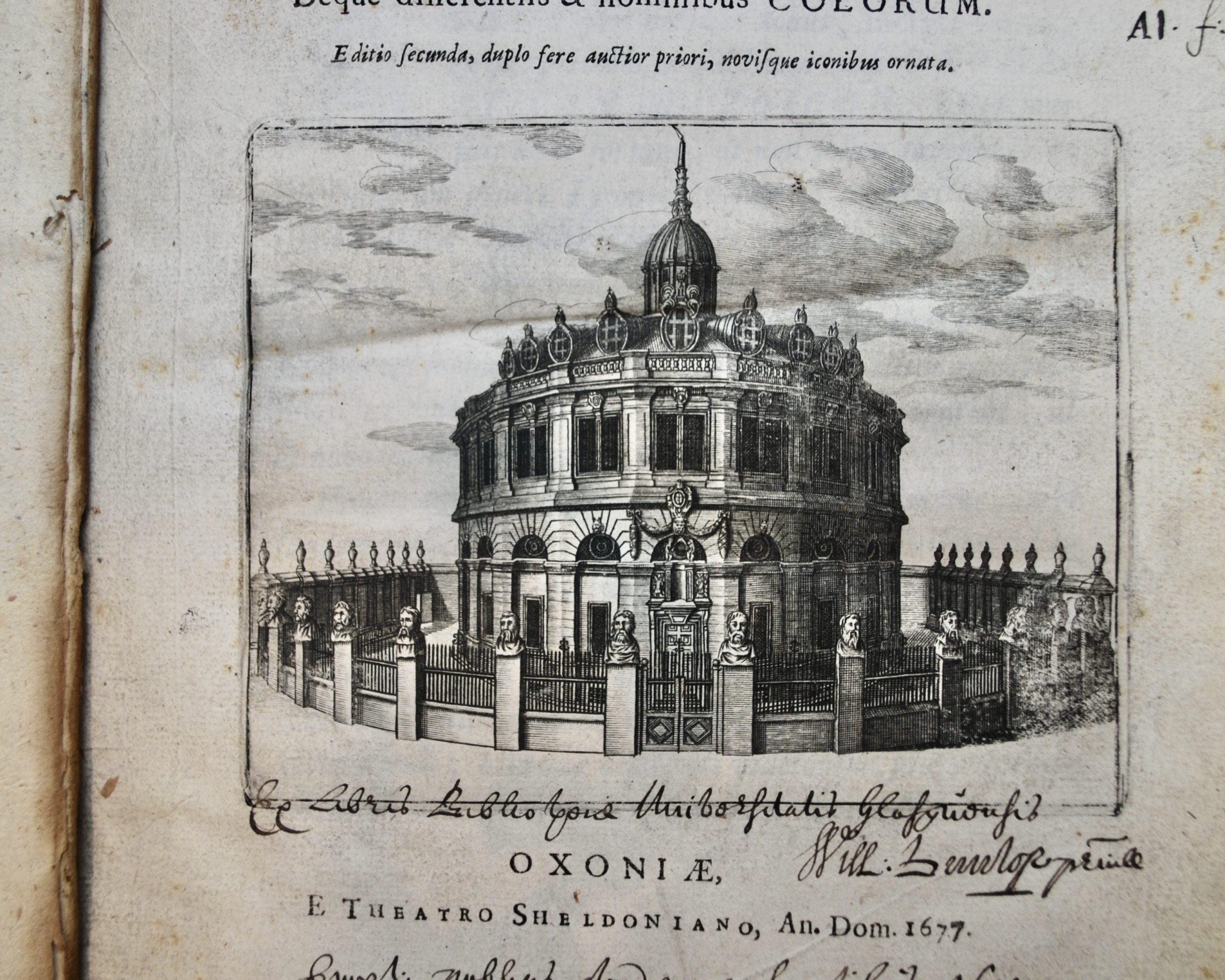 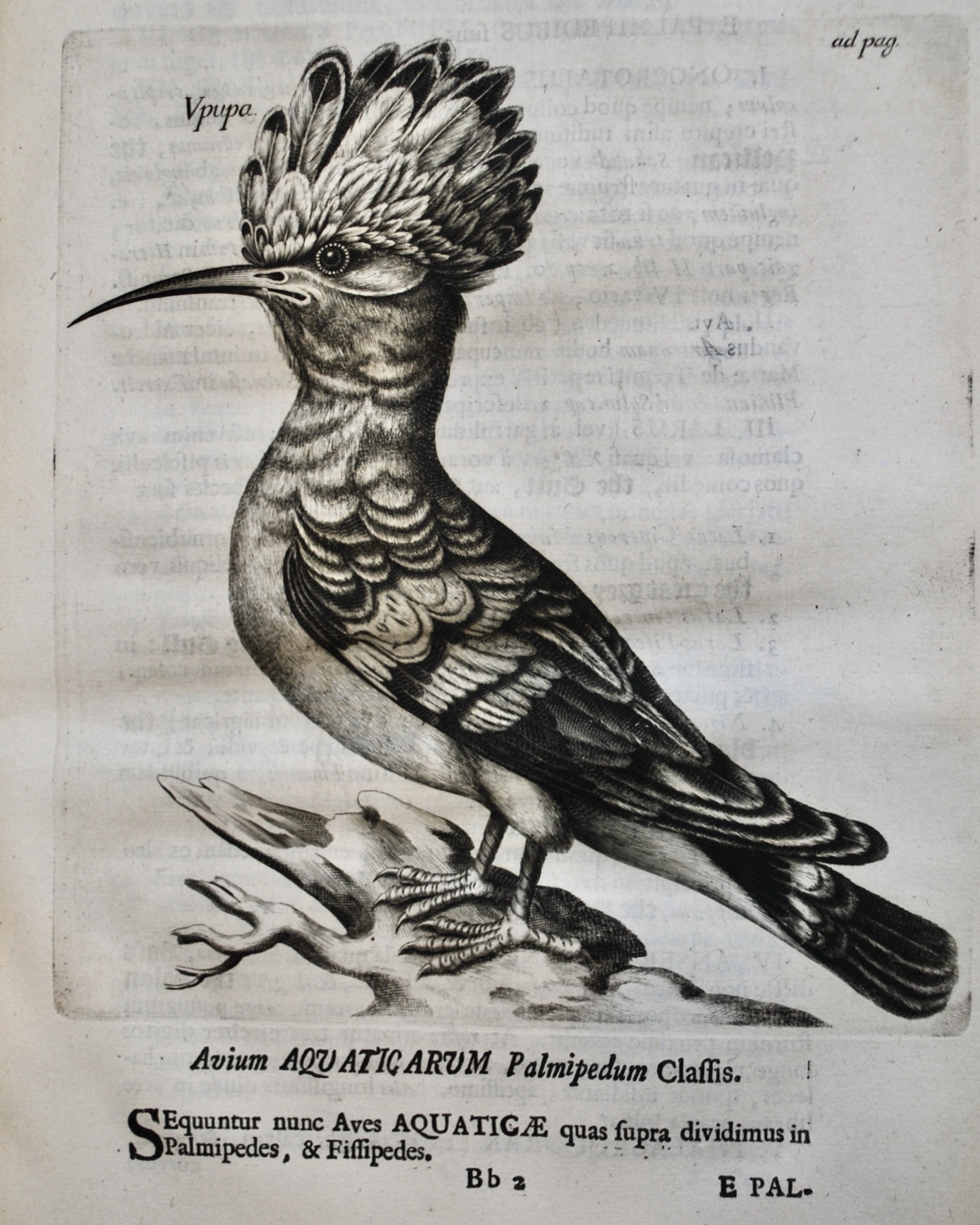 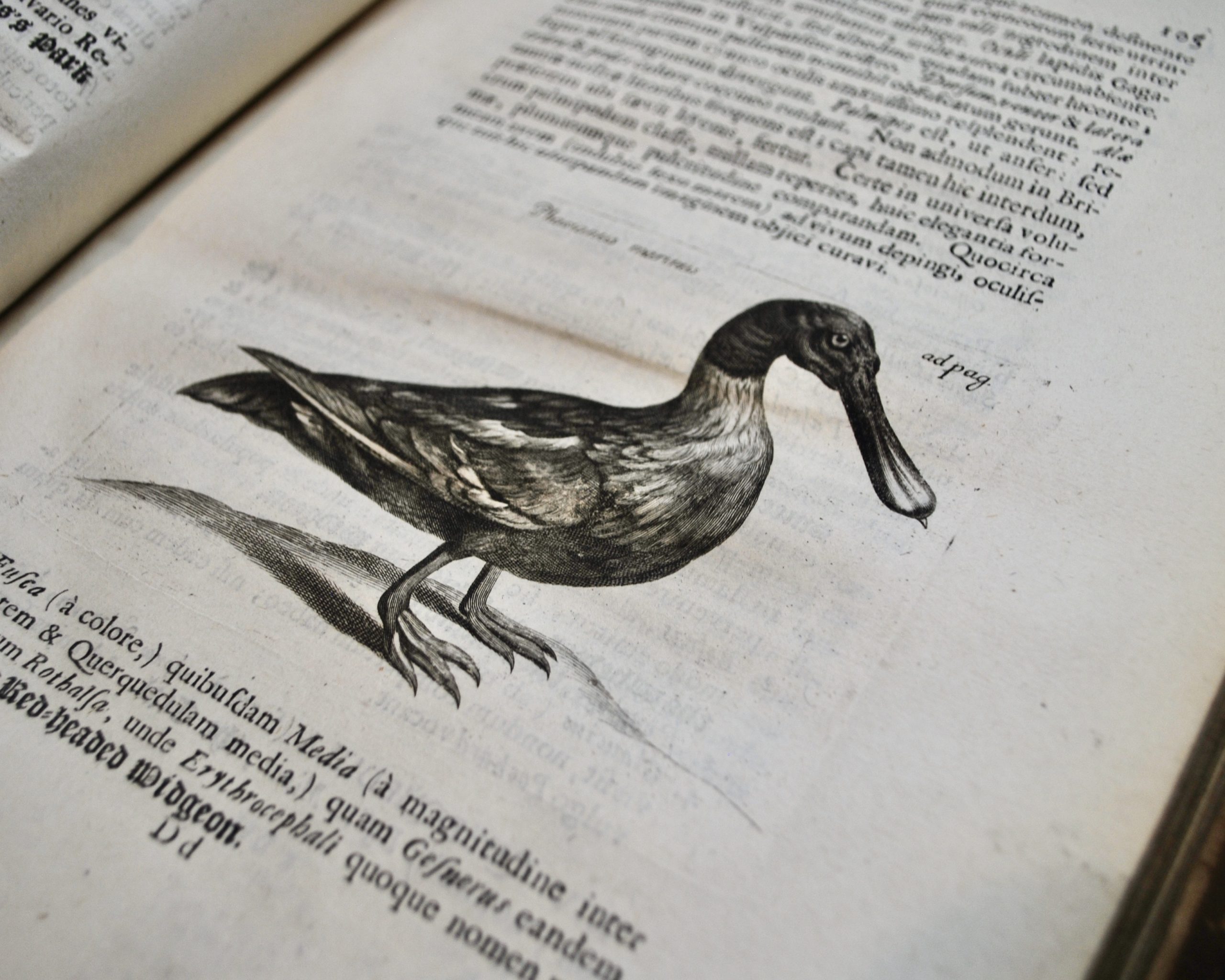 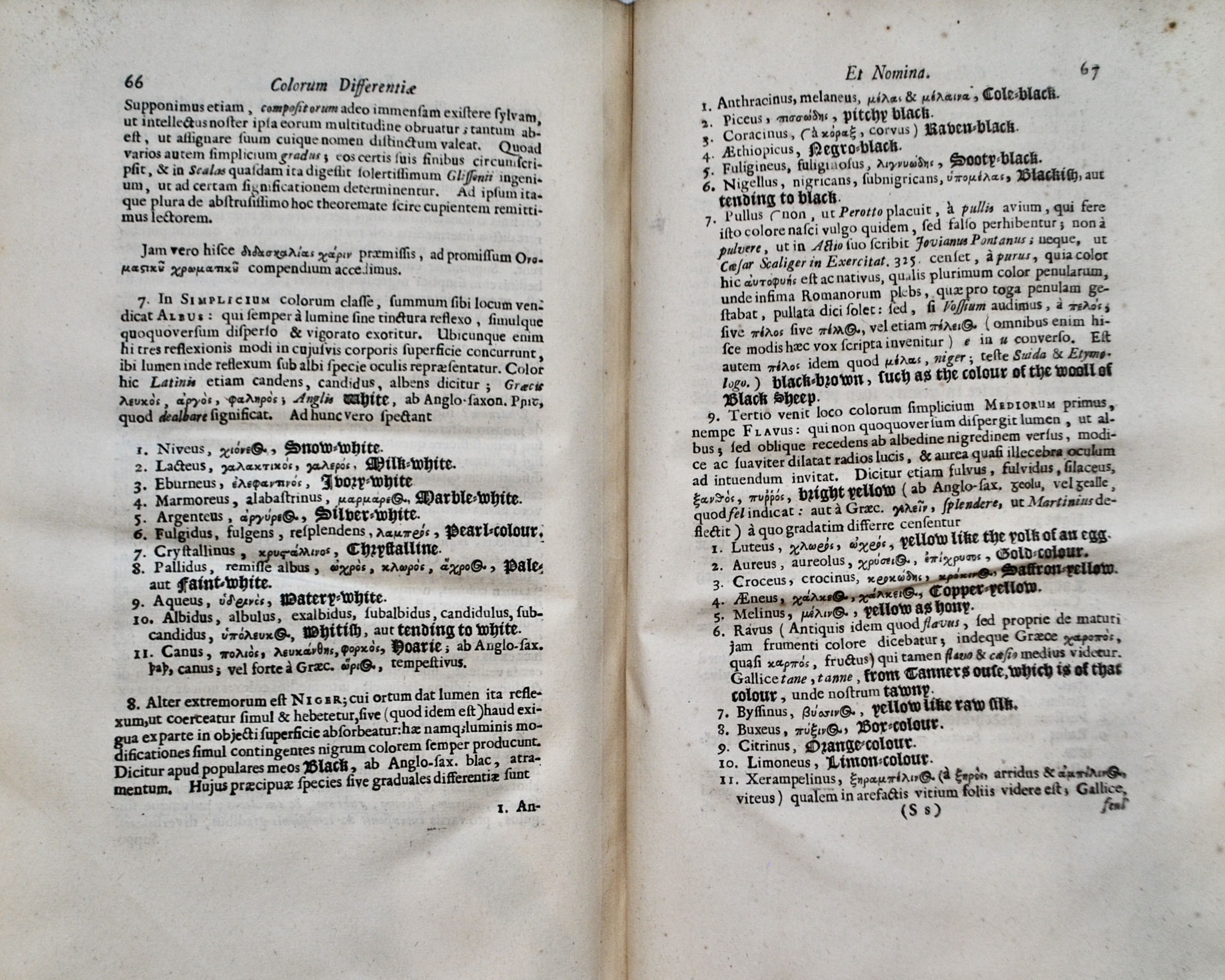 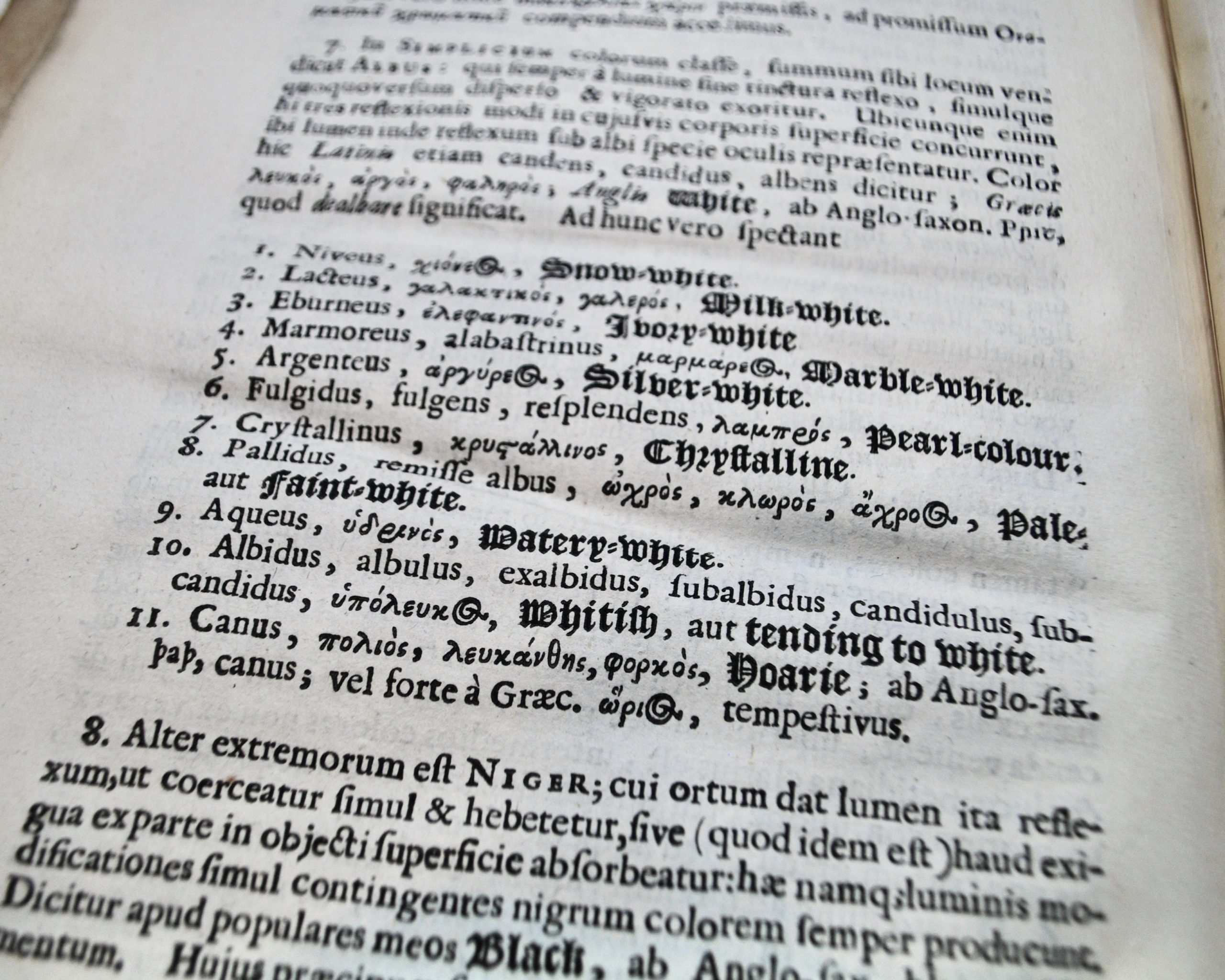